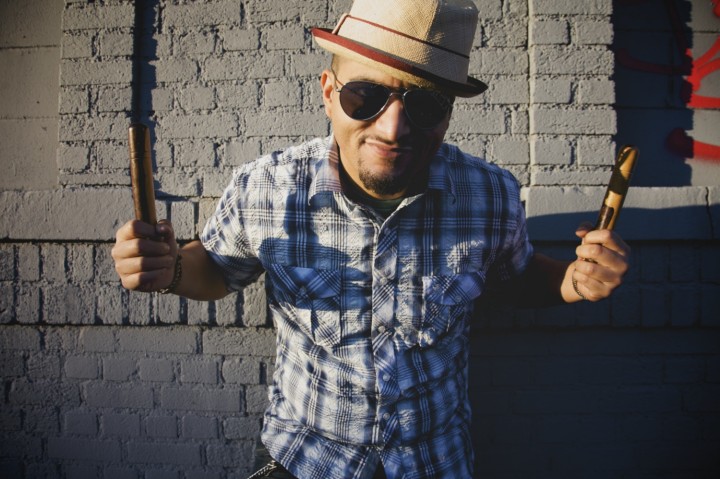 Geko Jones is a New York-based DJ, who, along with Uproot Andy, hosts the prolific Que Bajo?! dance party. For much of Geko’s career, he has championed and mixed vintage Afro-Latin music with electronic production and has coined the term barrioteca, which highlights the Latin side of the “tropical bass” movement. For his latest project, Ralfi Pagan: Latin Soul Remixed (released on November 13, 2015), Geko extensively worked with Fania Records to revive the legacy of Ralfi Pagan, a little-known Nuyorican soul singer from the ’60s and ’70s, who was tragically murdered in Colombia in 1978. The new release features six remixes from today’s rising barrioteca producers including Whiskey Barons, K.Sabroso, Banginclude, Dirty Deloreans, Cocotaxi, and Coolout, all flipping original Ralfi Pagan songs into modern, funky, dancefloor heavy workouts.

The inspiration for this project has been Geko Jones’ labor of love for the past three years, when he first discovered the music of Ralfi Pagan from a Latin soul singer named Calma Carmona who was staying at his place through Airbnb. One of Calma’s music influences is Ralfi Pagan and she began to explain how he was murdered in Colombia during a tour, but it’s a murder mystery as nobody knows exactly what happened and why. Geko became enthralled not just by his “doo-wop” style in Spanglish that was completely different from Fania’s signature salsa, but also with finding out what happened to this unsung musician who’s life so abruptly ended. He elaborates, “About three years ago, I was asking the latin soul diva Calma Carmona about her musical influences and she told me about a murder mystery that surrounded the death of one her favorite artists, Ralfi Pagan. Much to my surprise, Ralfi was a Fania recording artist that I’d never heard of. How could a music nerd like me have overlooked such an amazing voice? Singing in spanglish, my native language, his falsetto was one of the most significant additions to my record collection and something that I both cherish and felt an overwhelming urge to share with the world.”

Geko’s journey started with contacting Fania records to get the original stems of Pagan’s songs, so he can begin to solicit the right producers to do the remixes. None of the remixers heard of Pagan, and this further cemented Geko’s mission to get his name and story out there. He concludes, “I’m technically the executive producer of this project, but really see myself as a digital storyteller. So that you would hear his music in the clubs again. So that see his name written on your feed and say it outloud. Ralfi Pagan. El Flaco de Oro.” Read an in-depth interview between Geko Jones and Afropop about the project here and check out the music video for “Latin Soul” (Banginclude Remix)…

When you think Latin Soul you relate to a mélange of R & B and Mambo rhythms intermixed culturally by and for the youth of America. It was 1974, and a brash youngster by the name of Ralfi Pagan walked into the offices of Fania Records and demanded to be heard. Fania President Jerry Masucci allowed Ralfi that opportunity, and Ralfi auditioned for Jerry right there in his office. It took only a few moments for Masucci to realize that he was in the company of his newest recording artist; he put Ralfi in touch with recording director, Johnny Pacheco, who hurried him into the recording studio for Ralfi’s first Fania recording session.

Regrettably, Ralfi is no longer with us, but it is our good fortune that he has left us a wealth of fine music for our enjoyment and consumption; a mixture of Latin Soul classic ballads for romancin’ and an assortment of up-tempo jams for partyin’ down.