Venue has changed! The concert will be at PORTAGE THEATER located at 4050 N. Milwaukee.

Panteón Rococó is on tour in celebration of 20 years performing on stages across the world. They visit Chicago on Saturday, October 17. 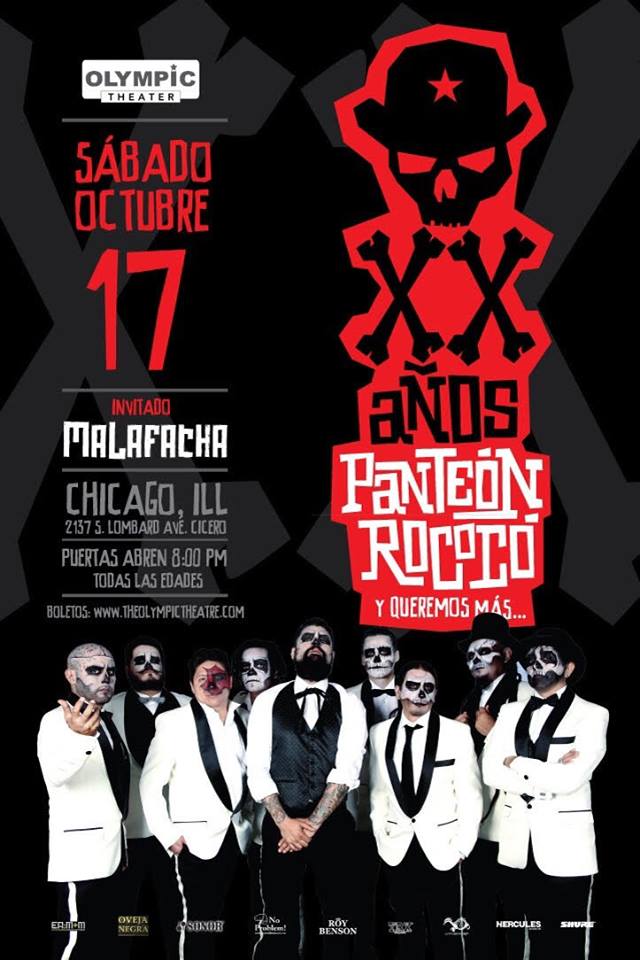 We almost don’t want to believe it’s been 20 years since the musical debut of Mexico City alt-ska collective, Panteón Rococó, because it actually seems like just yesterday we first heard the fist-pumping mosh starter, “La Dosis Perfecta” off 1999’s “A La Izquierda De La Tierra,” and it wouldn’t be long before they became one of their country’s most successful bands on an international level. Panteón Rococó close out their current tour with a anniversary celebration concert at   PORTAGE THEATRE on Saturday, October 17. They’ll be joined by Chicago ska band, Malafacha. This is an all ages event and doors open at 8:00 p.m. Details available here.

In our interview with Dr. Shenka below, in what month does he say they’re looking to release a new album?

The first answers we receive via email will win a pair of tickets to Panteón Rococó’s upcoming concert. It’s that simple. Email your answer, including your full name to: sandra(at)gozamos(dot)com

For your chance to win a special meet-n-greet with the band, things get a little more complicated. Post your favorite Panteón Rococó video on our Gozamos Facebook page and let us know why you love the band starting with “I love Panteón Rococó because… “ Make sure to tag Gozamos (otherwise we won’t know you’re participating.) Suggested hashtag: #gozamosapanteon

Need a sample? Here you go (and you better not copy word for word or else!)…

I love Panteón Rococó because they make me feel like the only thing that matters at that very moment is the energy of those around me, dancing to their music. One love. I hope I win, @Gozamos. 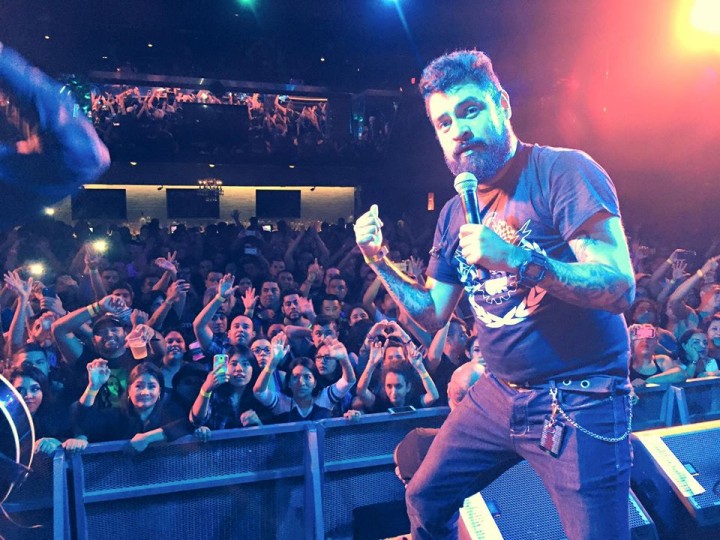 In a call from Mexico City (the audio conversation will be available via Soundcloud on October 9), we congratulate Dr. Shenka on the band’s 20th anniversary and ask him about their recent travels through Europe, followed by their current tour through the US. In his usual bright and cheery spirit, his energy abounds sounding like a kid ready to take on the world with music.

“The most important thing overall is to select the best songs,” he says when asked how they prepare for such extensive tours. “People have their favorites, which they always request, so we know we’re going to play certain songs but we strive to have the best and most balanced show possible.”

And when it comes to touring beyond the US, Panteón Rococó has been blessed with the musical prowess to capture an audience’s heart no matter where they perform. “People may not know this but we’ve been touring Europe now for about 15 to 16 years so it’s something we’re more used to. This time around we actually performed mostly in festivals. It went really well, too,” he says.

Formed around 1995, the band released its first official recording titled “Toloache Pa’ Mi Negra,” in 1997 and would hit the mainstream hard with their hit single, “La dosis perfecta,” off their 1999 album, “A La Izquierda De La Tierra.” Since then, the band has released almost ten albums not including being part of almost a dozen compilations. 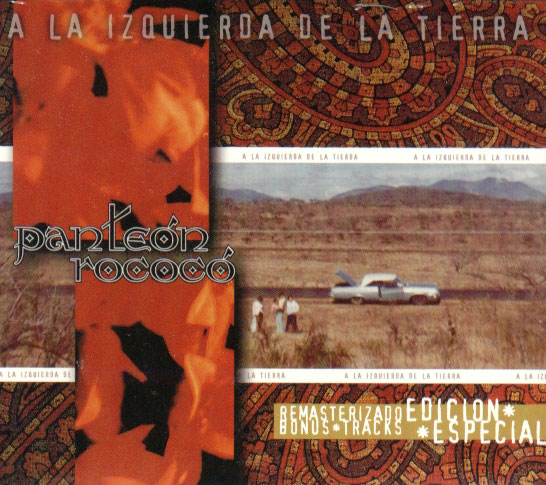 Not to be left behind and in keeping with current trends, in September the band released two new singles set in vinyl – “Viernes De Webeo,” and “Nunca fue.”

“The industry is always transforming. This new dynamic for us, to just release a single and throw it out there with a b side as well as in digital, well, it’s part of being an artist that can move swiftly along with the current. We can’t keep ourselves away from that creative aspect,” he says.

With current gadgets allowing for quick and easy recording of new material, do you tend to produce extra material or once you decide to record that’s it, that’s the only material set to be released?

You know, it takes us about a year to get an album ready. We love rehearsing for it but it just takes a lot of time to gather us all together to actually produce new material, not for lack of material, just for lack of time. We have so many songs we haven’t recorded. This album we’re releasing soon, for example, was recorded in the alleys of Guanajuato and it’s a celebration of our 20 years together. We’re hoping it will be released before the end of November. 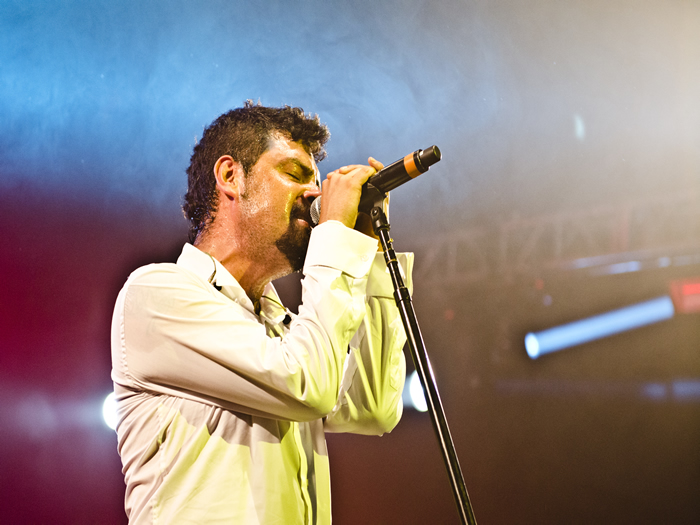 You arrive in Chicago to close out this current tour and we know that you visit the city usually once a year,which, after so many years of performing here you probably around know some favorite locations and know certain people that you may tend to visit. What changes have you noticed with Chicago audiences?

Obviously since we’ve been performing in Chicago for 15 years or so, we get to know those special people who would go to our first shows. And now, I even see personal neighbors from my hometown who have migrated here so we get to see them again at shows. We’ve definitely seen a change in the type of music that the younger fans like and also the range of genres they’re into. We remember when we first arrived touring with bands like Maldita Vecindad, La Santa Sabina and La Barranca.

The newer generations have other musical preferences and perhaps it seems also like they’re less committed to things, but thankfully, our music has been able to overcome generational transformations because our songs are strong and direct, reflecting what we’re all living through, whether it’s violence or the stupidity of comments from someone like Donald Trump.

Speaking of reflecting what some of us experience, many Latinos are feeling the angst of the uproar of certain politics in this country. Though we’re educated, strong and proud, it takes its toll.  What words of encouragement do you have for those dealing with some negative aspects of being a Latino in this country?

Overall you have to defend your own history. It’s hard to get used to living in a place that’s not 100% yours but our loyalty is not to any country. Your commitment is to yourself, your family and your home. We represent the Latinos that enjoy working hard and enjoy reaping the benefits of being part of any community we decide to live in. We know who we are and what our responsibilities are to that. Don’t ever forget it.

Panteón Rococó performs at PORTAGE THEATER on Saturday, October 17. This is an all ages show with doors at 8:00 p.m. Malafacha opens. 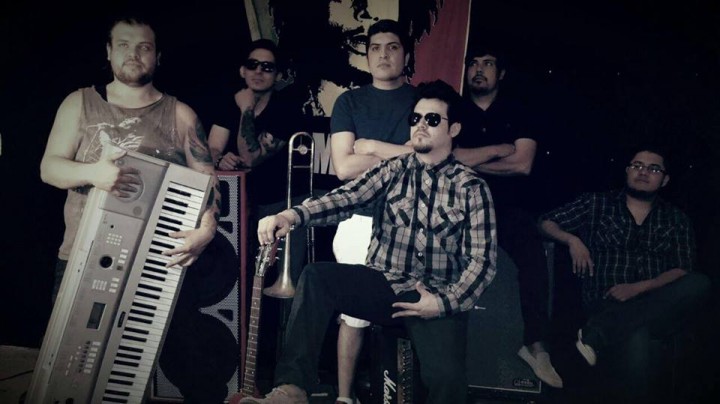