Claudia Llosa’s new film, “Aloft,” is hypnotic, elliptical and baffling. She cuts between two timeframes to tell a story about abandonment and faith. Timeframe number one introduces us to Nana (Jennifer Connolly), a single mother of two who, as the film opens, hitches several rides towards a remote location near the Arctic Circle where she hopes to meet The Architect, a faith healer who might be able to cure her youngest son Gully. Ivan, her older son, is a budding falconer; he is also restless and resentful. Nana discovers accidentally, after Ivan’s falcon wreaks havoc with The Architect’s work, that she actually possesses the power to heal. The rest of this timeframe explores how this rational being comes to term with the apparently irrational.

Timeframe number two takes place 20 years later: a now adult Ivan (Cillian Murphy) lives an isolated life with his wife, his newborn baby, and his falcons. Nana abandoned him and it still hurts. He reluctantly agrees to join Jannia (Melanie Laurent), a French filmmaker working on a documentary about his mother, on a trip to the Arctic Circle where Nana now holds court as a faith healer. He wants to finally confront her after all these years.

Llosa seamlessly cuts between both timeframes, avoiding the use of such traditional editing signposts as the dissolve and fade to black. It’s disconcerting at first: the camera sticks so close to these characters’ faces and movements, and the ambience is so grey and cold that you at first believe there is no connection between these characters, that the story is being told linearly. But once you get into the film’s groove, it doesn’t take that long to connect the pieces.

Since its world premiere last year at the Berlin Film Festival, Llosa has trimmed about 20 minutes from “Aloft”’s original 115-minute running length resulting in a tighter, more intriguing and unnerving film. Her second film, “La teta asustada” (“The Milk of Sorrow”), won the Golden Bear for Best Film at the 2009 Berlin Film Festival and was nominated the following year to the Oscar® for Best Foreign Language Film. Her debut film, “Madeinusa,” premiered in the official competition of the 2006 Sundance Film Festival. She recently directed the short “Loxoro” for the TNT series “Fronteras.”

“Aloft,” her first English-language film, opens this Friday, June 5th, at the AMC River East 21, 322 E. Illinois St. I recently spoke to the Peruvian filmmaker about her film. The following is an edited transcript translated from the original Spanish:

You cut about 20 minutes of the film and yet, it feels cohesive, like nothing’s missing. What made you go back and re-edit the film?
Sometimes one rushes a film in order to get it in time to a festival. When I saw it for the first time with the public, I had the feeling that I had to rework the film. And, why not? The differences between both versions are really subtle. The film is now more compact, the film I intended from the beginning. I just had to polish some areas so that they would have the fluidity and strength I was looking for. It was a very personal decision and I was lucky in that everybody involved supported it. It may have delayed its release but I was able to give the film the time it needed.

The film’s structure is rather suggestive, it implies a degree of mystery. You avoid using more traditional transitional techniques to create a unified story.
The decisions we make are indivisibly influenced by our past, our memories and the present. I was interested in exploring that dialogue between past and present; it’s like a DNA strand that defines an individual. That’s how I wanted to write it. The film is really about the mechanism we need to confront life and tragedy. What happens when science and institutions can no longer provide us with an answer. Where does desperation take you? What are you willing to sacrifice in order to give your life a sense of purpose? Why do we feel the need to give it purpose when, really, what life is asking for is a more workable, less controlling way of looking? 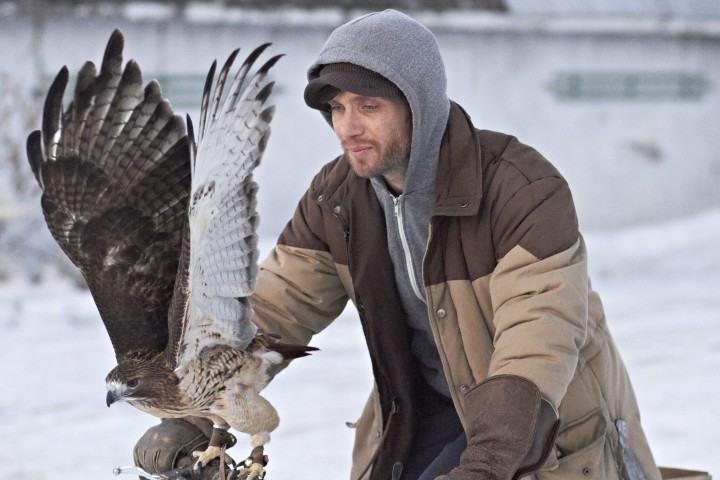 Was the film’s cold, grey atmosphere something you had in mind from the beginning or was it imposed by the locations?
On the one hand, you have the density and harshness of that extreme climate, but on the other you have this constant sun that gives this very warm texture to the story. There is, again, this game of opposites. It took me a lot to find locations that had those two qualities. Northen Europe doesn’t have that constant sun; it’s more grey, darker. However, Manitoba, in Canada, has that luminous sun. It provided the balance I was looking for.

What were some of the technical challenges?
Shooting with animals and children in such an extreme climate, during a late winter, was hard. We also had to deal with the potential of thawing ice. There was a degree of uncertainty every day. My cinematographer, Nicolas Bolduc, had the ability to bring that fluidity, that beauty, that poetry the film needed with his handheld camera in that extreme climate. 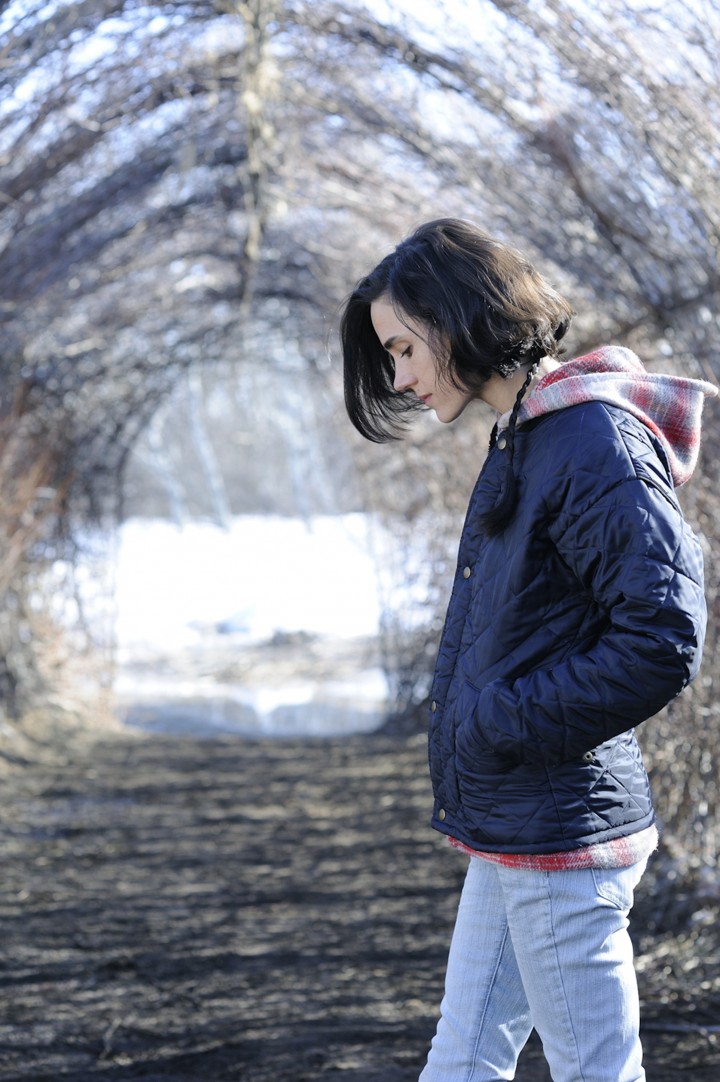 Why shoot in English?
I had already explored these mystical, magical, Andean themes in “La teta asustada,” and I was interested in asking what happens in an environment where that philosophy, those themes, is more alien. What mechanisms we use, how do we engage a dialogue with the ineffable, especially when the rational no longer seems to work? It was a process that leads to a more universal way of looking.

Why were Jennifer and Cillian ideal for these roles?
I’ve long admired both Jennifer and Cillian. They are the greatest actors of their generation and it was an honor, a gift that they wanted to read the script. It was super exciting to work with them. It was super-hypnotic to see them in action. I had to cast Nana first because the actress who played her would influence the rest of the cast. She is the center of the film and once Jennifer was on board I had the ideal framework for the rest of the characters. She took a great risk.