Two historic Latino, working-class neighborhoods in Chicago are fighting for survival and there is growing backlash for speaking out against gentrification, spearheaded by some business owners and financially better-off new residents:

• A few days ago we shared a thread on Everyblock that named and called to boycott Humboldt Park (esp. Puerto Rican) businesses that took a stand against gentrification and Riot Fest and/or supported Ald. Maldonado. 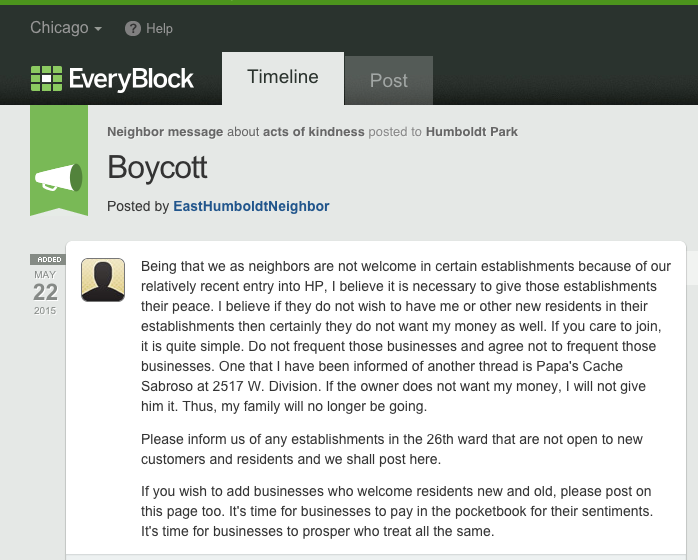 • There is another heated convo going on for a Pilsen event that was cancelled after backlash for naming and accusing some businesses of gentrification.

Gozamos wants to hear your take on gentrification.

NOTE: While most businesses gentrifying neighborhoods are white-owned, you don’t have to be white to gentrify a neighborhood. If your business or events are consistently not affordable to the majority of people in the neighborhood, you are a gentrifier.