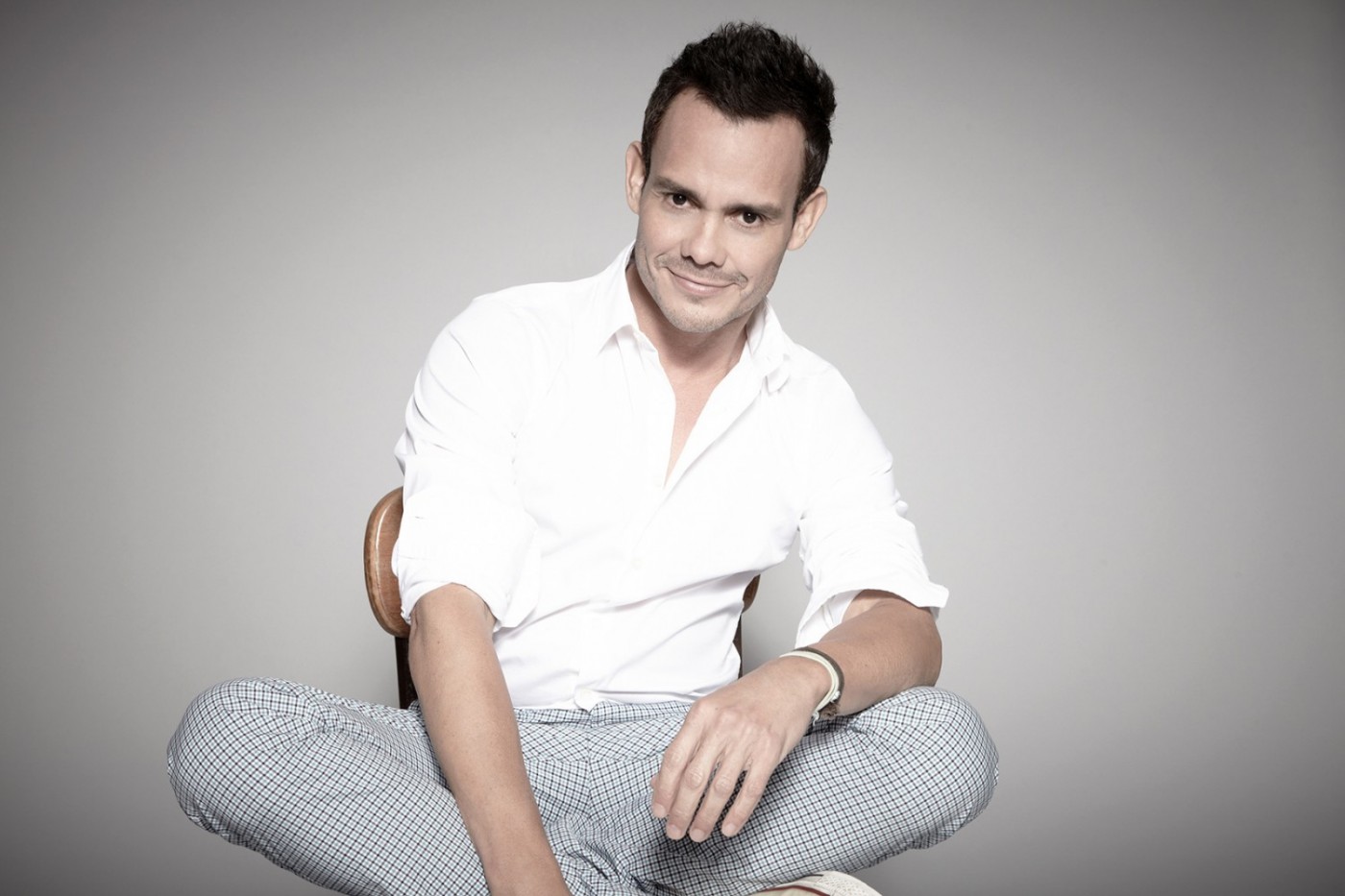 Venezuelan artist, Migguel Anggelo, is set to release La Casa Azul, a 12-track album paying tribute to Mexican painter Frida Kahlo. The album is named after the painter’s home in Mexico City and evokes Anggelo’s retrospective exploration such experience inspires. Kahlo is relative, ageless, an empowering icon. The recording will be available April 21. Anggelo celebrates the release with a NYC concert set for the evening prior at Joe’s Pub.

La Casa Azul explores topics ranging from the artists’ life in the title track, to commentary on the hypocrisy of the world’s dictators with “Muñecas Cobardes” and an immigrants dream in “Inmigrantes.” Lyrically filled with metaphors and references to art, culture and poetry, the album really reflects the depth of thought he has invested in his craft.

After three previously sold-out shows at the prestigious venue, Anggelo returns to debut his new show at Joe’s Pub on April 20, under the direction of Obie award-winner, David Drake. This production takes the audience through the journey of Migguel’s life as an immigrant and dreamer traveling around the world, until he finds himself in New York City, which he now calls home.

If you’re in NYC: 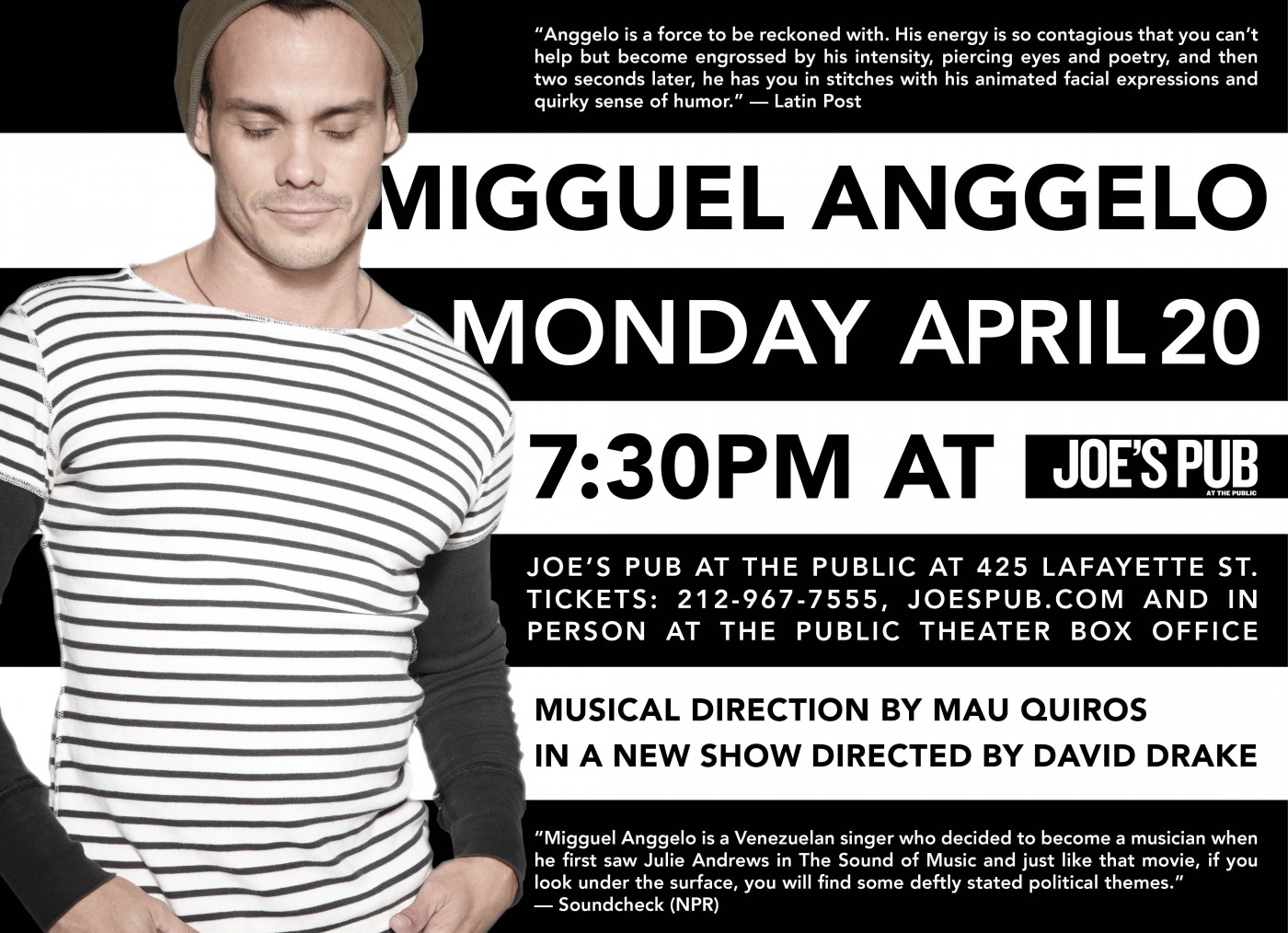 “I’ve always been obsessed with music. My father, a chef, was constantly singing and listening to music while tending to his own craft in the kitchen, while my mother, a ballet dancer, always danced around the house to Spanish boleros or classical music.”

For someone whose early life was filled with such a range of artistic influences, it makes sense that Migguel Anggelo did not limit himself to one of the many talents that came naturally to him: acting, dancing, singing, writing, and painting among them. Instead, he chose to do them all. He writes poetry and lyrics that walk a fine line between confession and invitation. He performs live shows with elaborate orchestration and staging that feels like a rock show one moment and an operatic dream the next. He dances with the ease of a child whose parents never told him to sit still. He creates sculptural portraits of people—historic and contemporary—in the form of chairs made from all kinds of unlikely materials, from matches to yarn. He paints images using simple and innocent gestures, leaving one to wonder what the true story is. Migguel is a storyteller, and a masterful one at that. 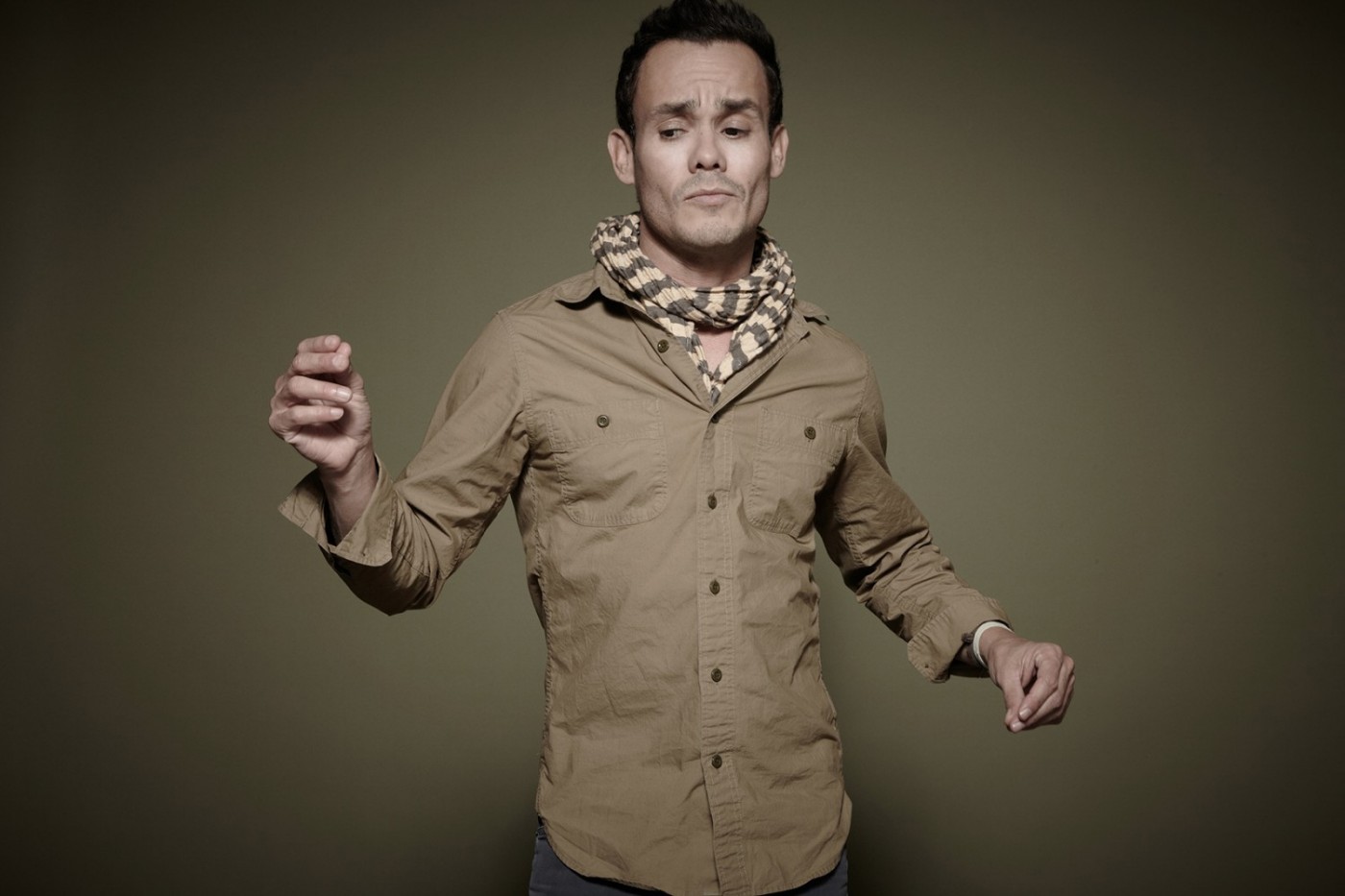 Born in Venezuela, Migguel first fell in love with the theater as a child playing Pinocchio in a touring production of the show.  It was during his time as this character, who battles with fact and fiction, that he learned the integral role of fantasy in storytelling, and began to realize real and imagined characters could illustrate the many facets of his own experience. As a Latin American theater star, Migguel perfected his commanding stage presence and electric performances.

Anggelo studied opera at the Conservatory of Music in Cologne, Germany (receiving an invitation to attend after being discovered busking on the street) and trained for a dozen years in classical ballet, falling in love with the drama and discipline of opera and the explosive whimsy of pop. He counts Luciano Pavarotti and Freddy Mercury as two of his greatest influences and, with his multi‐octave voice, pays homage to them by jumping easily from operatic aria to rock anthem.

Migguel has performed on many of the world’s greatest stages, including Teatro Teresa Carreño in Caracas, Venezuela; Teatro Insurgentes in Mexico City; Teatro Jorge Eliezer Gaytan in Bogota, Colombia; Teatro Gran Rex in Buenos Aires, Argentina; and Burgen Zentrum Theater in Cologne, Germany, and has sold out performances at Joe’s Pub in Manhattan, BAMcafé in Brooklyn, and the New World Center in Miami.

His forthcoming album La Casa Azul, to be released on April 21st 2015, is comprised of original works filled with metaphor, art, culture, and poetry, which explore themes as diverse as the life of Mexican painter Frida Kahlo, an imagined town where the most famous Latin‐American authors of all time live, and the hypocrisy of the worlds’ dictators.

Anggelo’s evolving body of work reminds us that the way a story is told is as important as the actual story itself. Summoning all of his gifts—song, poetry, drawing, physical gesture—Migguel Anggelo creates theatrical metaphors that blur the boundaries between performance art and popular music. For Anggelo, this is just the beginning.