This week, I was given the horrible task of eating free food and drinking free wine and writing about it. I showed up for duty at an event called Taste Taiwan: a Culinary Journey, hosted by Chef Jared Chase of Park Grill, otherwise known as that restaurant next to the ice skating rink in Millennium Park. The purpose of Taste Taiwan is to cast a light on the culinary and cultural offerings this island has to offer. They choose a chef from Chicago, Los Angeles, and Toronto, fly them for a dreamy food gorging in Taiwan and film it for television, and then they come home to create a Taiwanese inspired set of dishes at their respective restaurants. That’s what we were promised we would be trying at this event.

I brought along the biggest foodie nerd I know, my friend AnnMarie, who does things like research and cook recipes from books on ancient Egyptian cuisine. I knew she’d be into something like this. When we arrived, we both felt rather posh as they took our photos and entered our names into a drawing for a free trip to Taiwan. We leaned on the bar with our wine and tried to appear cosmopolitan in the swarm of people. I looked around. Okay, let’s get down to business. Where is the food? 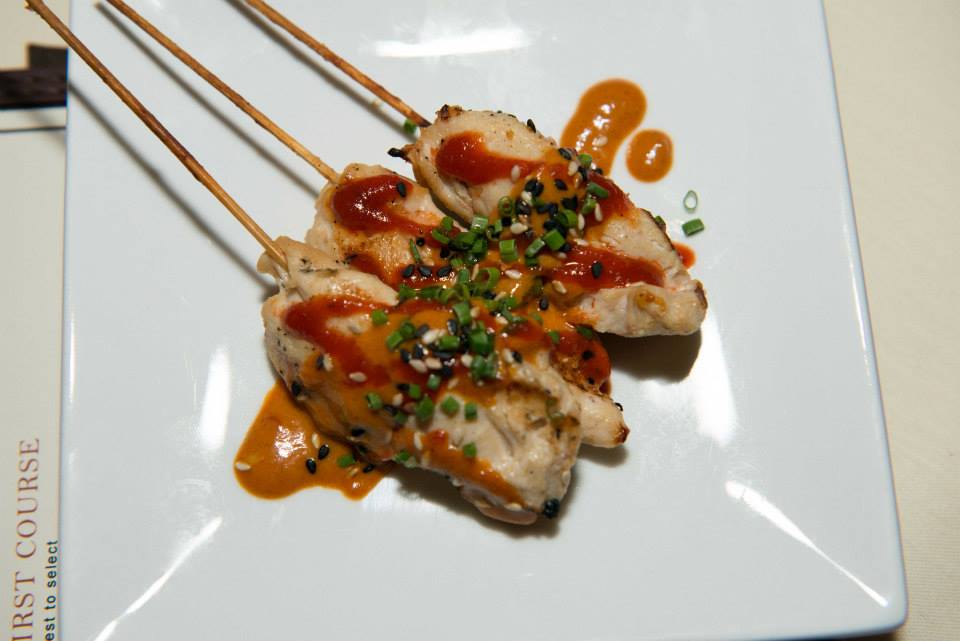 Waiters waltzed around with small appetizers. We nibbled on a plain chicken satay stick and then the hosts showed the episode of Taste Taiwan featuring all the chefs. The men had fabulous Anthony Bourdain-style adventures cooking and eating their weight in seafood and other Taiwanese fare. 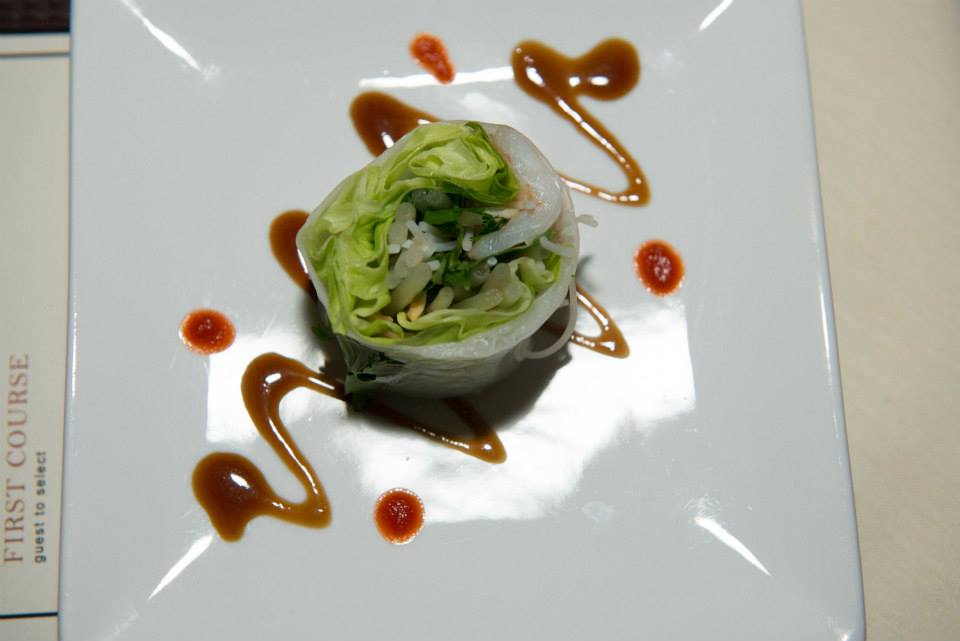 As I watched, I chewed the tasteless, dry spring roll slice I had been given. Hey, this doesn’t taste like adventure. Other options were better. There was a fried wonton topped with avocado and raw tuna in a sweet glaze, garnished with black sesame seeds. That was solid and pretty. There was a shrimp and pork wonton that was tasty, with notes of ginger and citrus. And we were treated with raw oysters, a Taiwanese prize, minimally prepared with scallions on top. You could taste the ocean, and I know it was intentional. 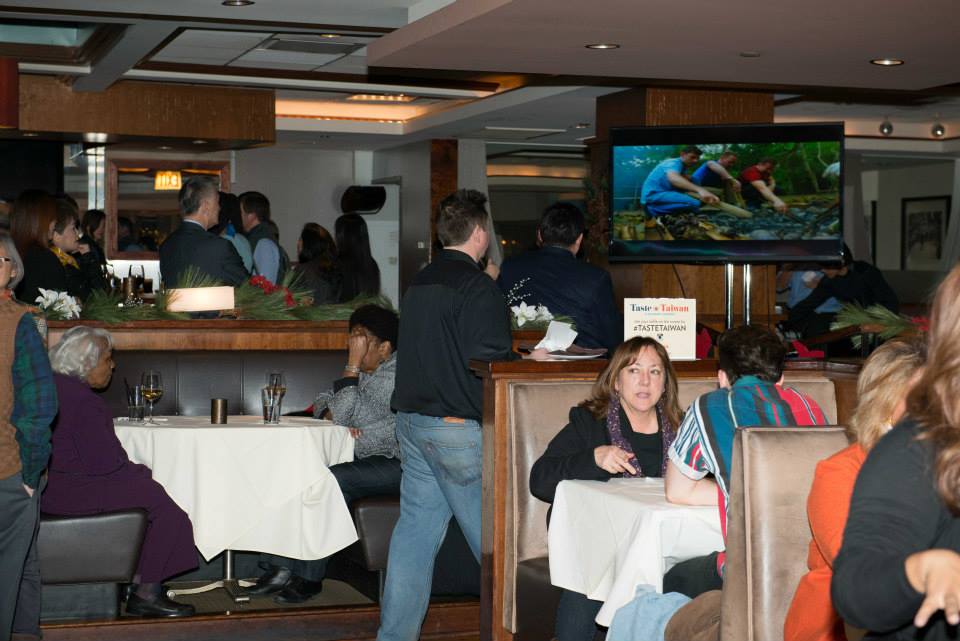 But overall, we were underwhelmed. I looked at AnnMarie. Neither of us had dinner, anticipating a food free for all. “Do you want to go to Chinatown?” I asked. She did, and when we got there, we ate sanbeiji, or 3 Cup Chicken, an authentic Taiwanese dish. We discussed the restaurant.

“It’s just fine,” AnnMarie stated, having been there before, “It’s the kind of place you can take your grandma to and she will like it, and you can find something pretty solid for yourself.”

But we agreed, nothing stellar. But later, I thought, you know what is stellar? That an organization of people cared so much about bringing Taiwanese food and culture to a larger audience that they went through all that trouble to celebrate it. Even with the flavor dial turned down and translated into something your unadventurous grandmother would enjoy, it is still boasting its roots in Taiwanese cuisine. That is something to be commended.

It is my hope that you will taste Taiwan however you can. A beautiful island with lots to explore and do, it is a gem worth discovering.

Correction: The original article had incorrect showtimes for the 2014 season. We’ve also added a teaser video.