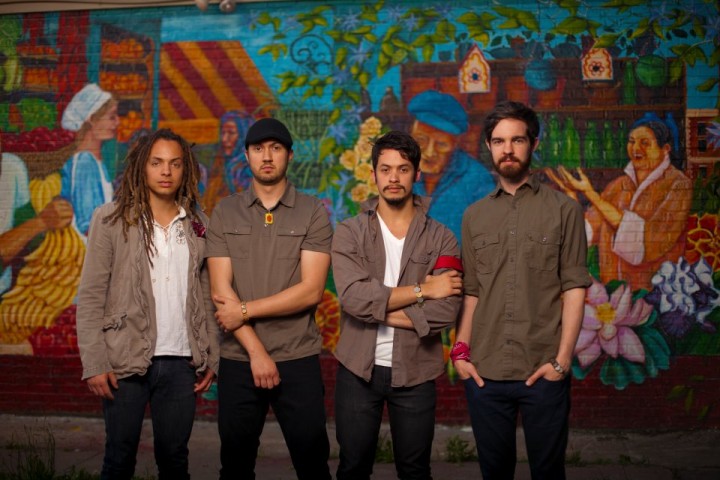 .Highly recommended product and very convenient as it's stabilised, keeps me regular, and, I think, makes me sleep a little better as well.. Generic drugs are copies of brand-name drugs that have exactly the same dosage. returns to Chicago to share some of their psychedelic Latin American son at this weekend’s 42nd annual Fiesta del Sol performing Saturday night on the main stage of the festival. FDS is located at 1400 W. Cermak and runs east to Morgan. The free neighborhood festival, the biggest of its kind in the Midwest, attracts over one million visitors during its four day span.

The Panamanian-American band from Kansas City combines Afro-Latin rhythms with rock and reggae, along with compelling bilingual lyrics, transforming them into fiery cross-cultural sound sensations. The band is formed by Enrique Chi, his brother Diego on bass/backup vocals, Brendan Culp on drums and Juan-Carlos Chaurand on percussion and keyboards. Making Movies formed in 2009 and quickly set upon taking their music everywhere. They quickly released several singles, following that up with an EP, Aguardiente, in 2012.

The band has grown tremendously since their first break-out shows in Chicago. We first saw them at Beat Kitchen (and immediately fell in love) and then again at Cobra Lounge where they traveled at least once a month for an almost year-long run. We found their touring plan beyond amazing as most bands have trouble enough leaving the city to hit the suburbs for gigs. Seriously. Their strategic moves proved successful and allowed them the opportunity to establish a devoted fan base across the Midwest as well as in other major cities across the country. (I can personally attest to the instant likeability of the band especially when I saw my family quickly buying up their music – and requesting photos and autographs – and began following them online after they saw them perform in Houston.) This band is powerful!

Speaking of powerful, talk about a major endorsement – their second album was produced by Steve Berlin of Los Lobos who enthusiastically says, “I was struck by the effortless way they moved between musical styles, all the while managing to make each one completely their own. It was fairly instantaneous that I decided I wanted to work with them.” And so he did by temporarily moving them into a recording studio in Portland.

“It was pretty much done in eleven days,” says Chi. “Steve encouraged longer jams, pushing us to capture our live vibe on record, and to keep first takes, not over-think things. […] The beachy, breezy cumbia rhythm of ‘Lo Que Quiero,’ for example, accompanies a lyric about domestic violence and addictive cycles.” He traces the inspiration back to Ruben Blades, “who would sneak dark elements into stories that ultimately seek to empathize and illuminate.” A La Deriva, released last year, re-tells the passionate stories of immigrant families and their struggles in America. Enrique explains that the dual language album flowed easily for him. “Since I was six years old my life has been in both English and Spanish so I find it natural to make music the same way.”

The current hot-topic issue of immigration is near and dear to the band and is highlighted in this album. “Kids of immigrants, especially the undocumented, grow up today with a lot of challenges, worried about their parents, worried about how the family will pay the rent, fully aware of their place in life and their limited options. When you limit a kid that distinctly, all kinds of terrible things can happen. A child can easily be cast A La Deriva,” explains Chi.

I digress. The band has been on tour, having just returned from Puerto Rico, and have been posting and keeping secret/not-so-secret talks about an upcoming collaboration with Los Angeles band Ozomatli. Umm. Wait. What?! I can’t even begin to imagine what that will look and sound like. Ear orgasms! They were also just nominated to the Pitch Music Awards and if you haven’t had a chance, please do yourselves a favor and listen to their cover of Willie Colon/Hector Lavoe’s Aguanile. Oh my goodness. As the kids would say, “totes amaze.”

After Chicago, they return home then head out again to North Carolina in October for shows there. Before they leave, though, make sure to stop by the main stage of Fiesta del Sol this Saturday for a divine aural transformation. I guarantee you’ll also fall in love.

Fiesta del Sol is a free event and runs on Cermak Street from Ashland to Morgan. The main stage is located at Morgan Street. Making Movies performs at 8:00 p.m. Early arrival is highly recommended.