It was a dark and stormy night. I joked we should be drinking Dark and Stormies to celebrate.

It was my first day off in two weeks, at least from my day jobs. But between those, writing, grant applications and fundraising, I’d been going full steam for two months. Ella had picked me up at the Arby’s by the Park & Ride-Dutch Mill in Madison, and we’d immediately driven to a Culver’s for some fried cheese curds.

I  seem to be unable to take the bus to Madison without 1.) nearly missing it; and 2.) showing up ready to devour nearly anything, especially if it’s deep fried.

We followed the cheese curds up with frozen custard, mediocre Thai food, and then headed to the liquor store by Ella’s house. We’d discussed going out to a queer club and dancing the night away, but the gloomy weather exacerbated the fatigue I already felt. We elected to stay in.

The Dark and Stormies were a whim, but Ella took my joke and ran with it, putting back the bottle of Buffalo Trace she’d been cradling and replacing it with Kraken dark rum.

(Yes, I know a Dark and Stormy contains Gosling’s Dark Rum. I know it’s trademarked. I don’t care. Don’t mess with my lede.)

Ella and I searched among the boxes and refrigerators of beers, hard cider and live fishing bait (this was Wisconsin, so of course it was a liquor/bait and tackle combo store) until we found ginger beer and limes. We stopped at Walgreens for microwave popcorn (snacks!) and soda water (hydration!), and then headed back to her apartment.

You can read a lot of history in a glass of rum. It’s a distillation of sugarcane byproducts and has historically been a product of the West Indies. Its roots reach out from some dark and wretched soil: slavery, piracy, colonialism and military regimes. In more modern history, rum made its way to American speakeasies from the Bahamas. Now it forms the basis for all Tiki bar drinks: daquiris, rum punch, mai tais, pina coladas, and yes, the Dark and Stormy.

After this winter–after working pretty much every day for two months–I wanted a vacation. A Dark and Stormy seemed like a damn good place to start, especially since the following morning, I’d be departing to New Orleans. It was my sister’s spring break from medical school, and Kate, my travel buddy/BFF/partner in crime, was driving down there with me. Our return trip would take us through Indianapolis, Kate’s hometown, to go to a wedding.

I’ve known Ella since I was nineteen, when we were both at Naropa, a Shambhala Buddhist college in Boulder, CO. She is short and round-faced and has an array of mischievous and coy smiles she deploys at every opportunity. We got to know each other in the Smoker’s Pit, a sandy dugout with a picnic table and some rusty cans for butts. She was a few years ahead of me, but we ended up in the same upperclassmen lit class called “Literature of Desire.” We read Ovid and Sappho, dissected Hamlet, sighed over E.M. Forster, fanned ourselves over Sarah Waters. Catullus 16: Pedicabo ego vos et irrumabo. It was a great class.

Ella surprises me in way that people don’t often do. In the eight years I’ve known her, she’s moved at least half a dozen times, from Colorado to Florida to Oregon to Colorado to Michigan to Oregon to Mexico to Wisconsin. I’m probably forgetting a few more places. And, she told me that night, she was moving to Michigan again. Someone in her family is sick and not going to get better.

I’m part of a generation of tumbleweeds, though perhaps that’s a misleading metaphor. We’re not rootless; we circle back to our hometowns and old stomping grounds, in times of trouble or just when we need to rest and regroup. Maybe we’re more like a particularly adventurous  species of migratory birds.

Here is how you make a drink that’s not a trademarked Goslings’ Dark and Stormy, but is similar enough: 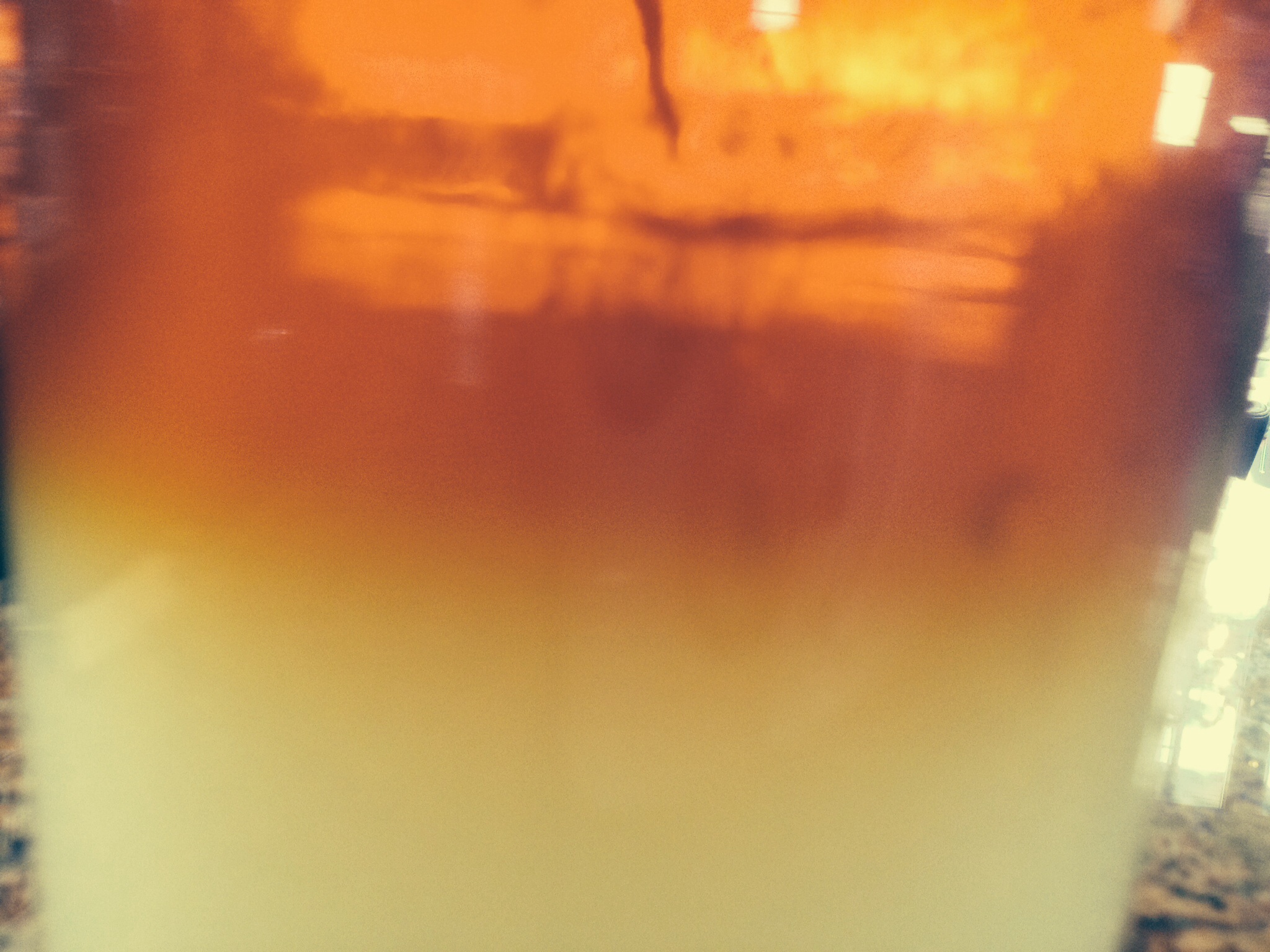