Finally! A Latina will have her own TV show and it won’t revolve around sex, beauty, or maids. ABC just picked up Latina stand-up comedian Cristela Alonzo‘s pilot Cristela, a family sitcom starring Alonzo as a law school student living with her family while working to pursue her dreams. Here are five reasons to tune in to Cristela this fall:

1. The sitcom is partially based on her inspirational life.

To say Cristela Alonzo has had her share of struggles is an understatement. Her life story will resonate with Latinos who grew up in extreme poverty, living hand-to-mouth with overworked, underpaid parents. The daughter of undocumented Mexican immigrants, Alonzo was raised outside of McAllan, Texas, by a single mother. Alonzo’s mother left her abusive husband against her family’s wishes and raised her four children in an abandoned diner, cooking on a heater and bathing her children with water she would heat in a bucket. Alonzo’s mother didn’t speak English, and Alonzo learned English by watching TV, her self-proclaimed “babysitter” while her mother worked. It was through TV that Alonzo discovered and fell in love with stand-up comedy shows and dreamed of becoming a comedian.

2. She made her stand-up to sitcom dream come true.

Like many comics trying to get discovered, Alonzo was on the road doing stand-up for years, an exhausting venture that eventually proved fruitful. She’s been featured on Conan, Late Late Show with Craig Ferguson, and other primetime shows in addition to a half-hour show on Comedy Central. Despite not having any acting background, Alonzo went on to co-create, co-write, and star in the pilot for Cristela in March, a dream come true that she captured beautifully in this blog post. 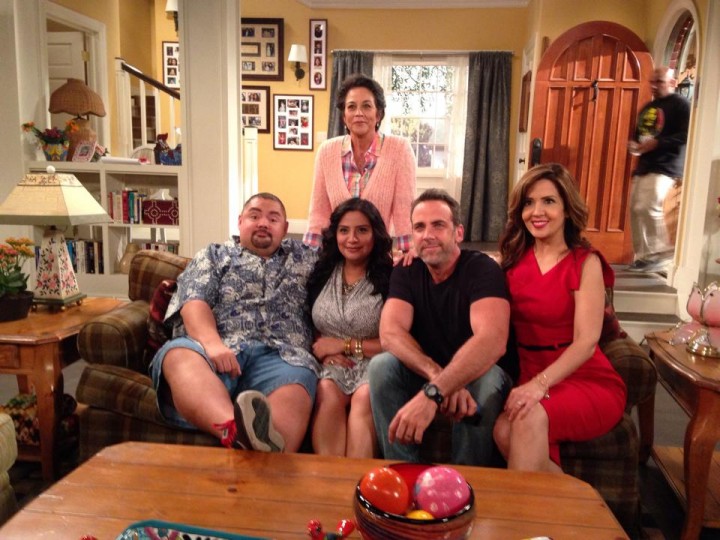 3. The show doesn’t shy away from tackling racism.

I’ve lost count of the number of times my professional Latina friends and I have been confused for a secretary at our workplace. The problem, obviously, isn’t the job but the racism that drives someone to assume your job is to serve them. Cristela takes this head on, pointing out white privilege in a funny way.

4. She’s playing a Latina who is not a maid.

Don’t get me started on the contemptible Lifetime show Devious Maids, which sparked a backlash that had Latinos doing major soul-searching about how we want to be portrayed in media. ABC dropped the DM pilot (which Lifetime picked up) and less than a year later that same network gives us something Latinas have never had: a show co-created by a Latina starring a Latina who isn’t playing a maid, a sexy opportunist nor an English-speaking version of a telenovela character. While any major network show featuring people of color will likely come with its own issues, Alonzo’s role in this show as a struggling law student is truly groundbreaking and pioneering to Latina adults and the next generation of Latinas. As Alonzo herself explains:

“I think it’s a show that the Latino community would be proud of. I’ve tried to honor the culture and give us a voice.”

5. The character is a Latina more like you and me than any other Latina on a major TV network.

The character “Cristela” is pursuing her degree, an important reflection of Latinas’ reality: college graduation rates for Latinas have increased faster than any other group of women. She is a professional who calls white people out on their tired stereotypes. She’s naturally beautiful and not drenched in obnoxious makeup or clothes. She’s brown-skinned and a healthy weight, a refreshing deviation from the razor-thin, lighter shade of brown Latinas that I want to FedEx a torta de al pastor to. She chugs beer. She’s grateful for her immigrant mother’s struggle to give her a better life. She loves her family. She dreams big and is determined to accomplish her goals. In short, she sounds like so many amazingly talented Latinas I know. 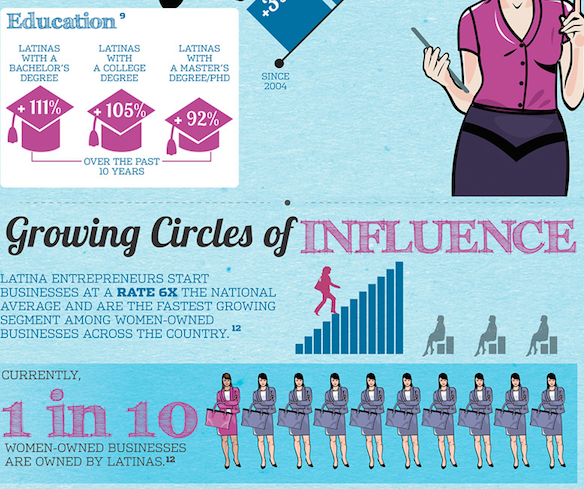 While these five reasons are enough to make me tune in this fall, I do hope the full show will be much funnier than the trailer. Since it’s a family sitcom, however, expect the humor to be appropriate for everyone from your abue to any esquincles at home.

Most of all, I’ll be interested in seeing how the show navigates through Latino cultures and how much support it receives from the network and the Latino community. It’s ABC after all, which previously cancelled Ugly Betty and The George Lopez Show, and has had its own issues that have sparked protests from Latinos. And, some of the ABC promotional descriptions for Cristela regurgitate the “old world vs. new world” dichotomy, a myth in today’s world where Latinos are trampling through and creating our own paths. Here’s to hoping that Cristela forges a new path for Latinas on TV, one we can all be proud of.  *chugs beer*