A man wearing a black polo asked me how many and I told him there were seven of us, a larger-sized group for a place like this. We were celebrating my mother-in-law’s umpteenth birthday by taking her to mine and my wife Rocio’s favorite brunch spot on the Northwest Side. It doesn’t look like much from the outside, especially during the cold season when all the tables with umbrellas that are normally out on the sidewalk are stored away. The building is one of those sandy-colored brick boxes typical of Milwaukee Avenue, where two floors of apartment space sit on top of boutique shops, diners and convenient stores. When I pulled into the parking lot a few minutes earlier, Rocio’s mom had said, “Oh, aquí es?” in the way that people ask when they realize they’ve been brought somewhere bogus. We reassured her she was going to a special place hidden in plain sight.

We were told we’d have to wait 20 minutes for a few tables to clear up, which wasn’t surprising. Cafe Con Leche is a place for smaller groups — dates, tiny cliques, nuclear families, working lunches. I usually go to chill with media types or smother a hangover. The decor is chic casual and they play relaxing salsa.

The seven us decided to sit at the bar and order drinks while we waited. Even though the place has a full bar and the bartender will mix you up something incredible if you tell him which tastes you like, I was out with my in-laws on a Saturday morning, so I decided to settle for the café con leche (half espresso, half scalded milk), which really isn’t settling. It’s warm, rich and frothy and comes in this cup that’s big enough to be a soup bowl. The sweetness of the sugar blends beautifully with the bitterness of espresso to the point where they nearly cancel each other out. This is on a chilly November morning what a milkshake is on a scorching afternoon in July — pure satisfaction.

We didn’t order any appetizers this time, but having been there more than enough I can confidently recommend the croquetas de queso (croquettes stuffed with potato and cheese). Their guacamole is pretty up there too, so go for the guac and chips if you visit for lunch. (After 4:30 pm, Cafe Con Leche reverts back to its less impressive dinner self, D’Noche.) 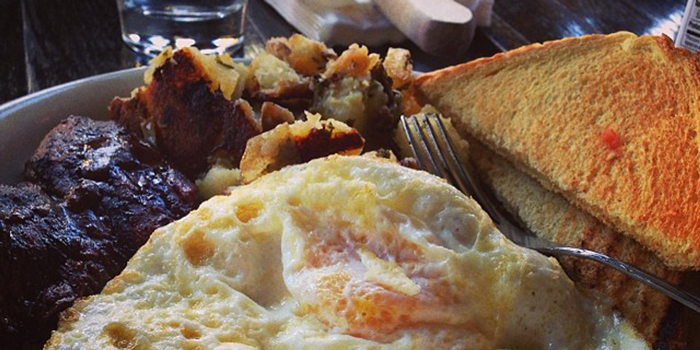 I teetered between ordering the French toast that I love so much or going balls-to-the-wall and trying their steak and eggs. I went with the latter, while Rocio hardly noticed the menu in front of her and got what she always gets — the imposing, the diabolical, the ooey and gooey, the quintessentially Mexican, chilaquiles (fried tortilla triangles smothered in green salsa, beans and cheese, topped with chopped steak and eggs made any way you want them). With everyone’s order placed, I asked for a cortadito (an espresso mixed with warm milk). It turned out to be the undisputed highlight of the trip, as my poor cortadito got passed around for everyone to taste. My in-laws sipped it cautiously at first, but their eyes widened as soon as the rich deliciousness hit whatever part of the brain is in charge of rich deliciousness.

Once the food arrived I ordered a second café con leche. My steak and eggs came with a legit 5-ounce steak — prepared medium-rare because I’m not a degenerate — three eggs overeasy, the house potatoes and toast. And let me tell you something about these house potatoes. Whoever cooked these bad boys up in the kitchen has already fulfilled at least one qualification for sainthood. House potatoes are usually as unexciting as, well, house potatoes. Oh no, not these. They’re so good you’re liable to forget just how good they are when you’re trying to describe them a week later, so you feel sorry for yourself over forgetting that potato pleasure and you decide you’ve gotta go back ASAP just to taste them again. That’s how good they are. 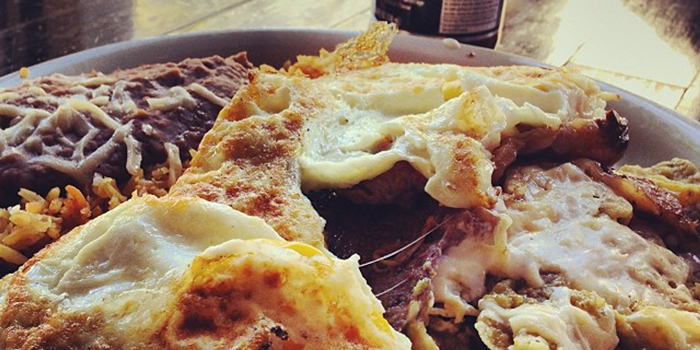 There were a few other noteworthy meals around the table. Considering she rarely outright likes new foods, I was surprised my stepdaughter enjoyed her breakfast torta de chorizo (fried pork sausage served with beans, sour cream and Chihuahua cheese on sandwich roll). My youngest sister-in-law got greedy and ordered chilaquiles with chorizo and chicken, which she absolutely demolished — she normally just pushes food around her plate for a half hour. Unfortunately for my mother-in-law, the torta cubana she ordered was not a Cuban sandwich but in fact a Mexican torta served with lechón (roasted pork). If she would’ve gotten what she really wanted, the Cuban sandwich, she would’ve given it a thumbs it (I have). They also make a good jibarito (I’ve had that too).

No matter which sandwich you pick, what you’ll remember most are the fries it came with. They’re perfectly seasoned and perfectly fried — a Goldilocks thing, not too much, not too little. If the cortadito was the star on the drinking end of the meal, then the fries were undoubtedly the favorite on the chewing side. It may even be worth ordering a side of fries or two for the table.

This being a breakfast and lunch place, there isn’t anything in the way of dessert, but if you’re up for a second or third cup of café con leche, go for it. No one will judge you. 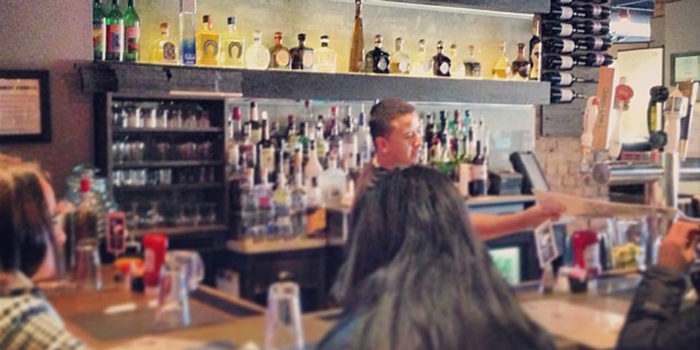 The one major issue on this particular visit was the service. I don’t know if it had anything to do with our numbers or if the waitress was new, but we waited a long time for stuff. I flat out never got the tostones I ordered, and by the time our food was served, Rocio actually complained to me about her beloved chilaquiles — they were cold. After we’d eaten, my mother-in-law waited so long for her second café con leche that she ended up getting it to-go.

The service normally isn’t that bad. In fact, it’s usually pretty good. On a normal day you order something and it arrives at the table faster than you were expecting it would. So it’s sad that my most recent memory of Cafe Con Leche, the one where I’m there to celebrate a birthday and review the place all in one, happens to be my worst experience. Thank god for that cortadito and those house potatoes, or else the visit might’ve been a complete wash.

Yet, despite the miserable service this time around, I’ll definitely come back again and again, albeit in smaller groups. It’s a great place to grab breakfast or lunch and sip on something warm, whether you’re catching up with friends and family, planning a global takeover, or just trying to survive a hangover. Warm weather comes with the added bonus of being able to sit in the patio area out back and order something cold from the bar. The menu describes the offerings as a fusion of Latin American and American classics, and you can order anything from a stack of pancakes with a cappuccino and freshly squeezed organge juice or a chipotle black bean vegetarian burger with an horchata.

Even in a neighborhood as exciting and up-and-coming as Logan Square, there’s no question for me at least that Cafe Con Leche is the daytime food joint on the Northwest Side.

So stop by and dig in. 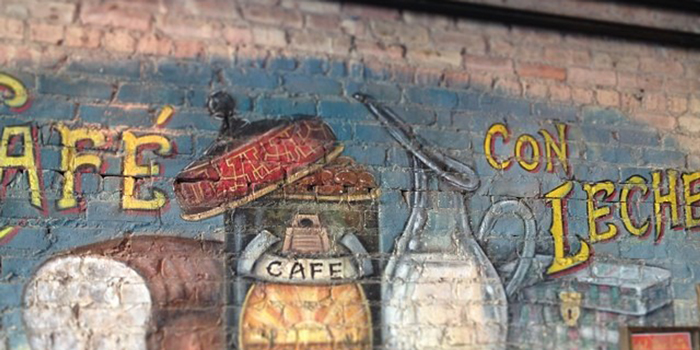