In the independent crime drama “Mission Park,” actor Joseph Julian Soria (“Hamlet 2”) plays Derek, a member of a powerful drug syndicate headed by his childhood friend Jason (Walter Perez). In the film, Derek and Jason’s two other friends, Bobby (Jeremy Ray Valdez) and Julian (Will Rothaar), who have taken different paths in their lives and become FBI agents, are assigned to infiltrate the cartel and shut it down.

During our interview, Soria talked about the specific scene in “Mission Park” that made him say yes to the project, and explained what he’s learned about himself as an actor with each role he takes. 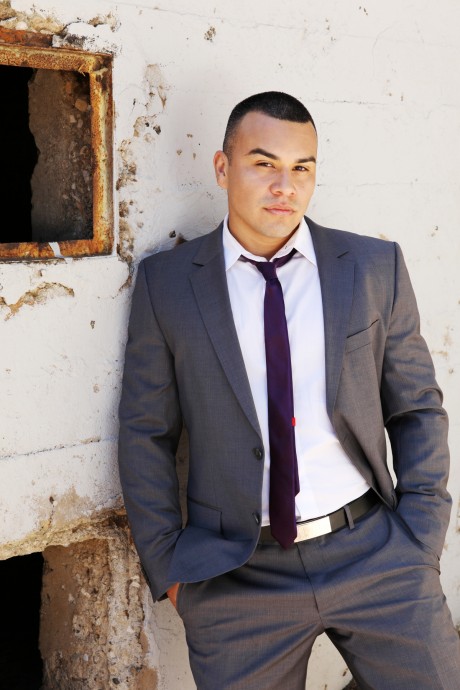 Since this is director Bryan Ramirez’s first feature film, do you go into a project like this differently than with a director who has more experience?

You know, he’s a first time director, but he had a vision. When a writer is also the director, [he or she] usually knows what they want for each scene. Working with him was great. He was very collaborative. He wasn’t bound to his script. He allowed us to bring to the table whatever we had. It wasn’t like we were puppets. That made me even more excited to work on the film.

I heard you impressed a lot of people with your taped audition. What kind of character did you want to create with Derek?

What I felt made this character so relatable is his vulnerability. He has a nice [character] arch. I just wanted to capture that essence of what he had been going through his whole life. There were two scenes in my audition. The first scene was one where you needed to just have a conversation and be believable. The second scene was the last scene [of the film]. [Derek] had suppressed all these emotions he had all these years and he just had enough. I explored that scene within myself and went for it.

I definitely thought you had the best character arch of everyone.

Yeah, I think we all want to be liked and accepted. That was his biggest thing. In my eyes, anyone who says they don’t care about being accepted is full of shit.

How different was the last scene on the audition tape in comparison to what we see in the film?

I don’t think there was much difference. To be honest with you, they told me they could take my audition tape and put it in the movie.

Have you learned anything about yourself as an actor since you started back in 2004?

Are you at the point in your career where you can say no to projects? If so, can you give me an example of something you would turn down?

Well, a lot of time there are just conflicts. For example, I turned down “End of Watch” to do “Mission Park” because of that last scene [in “Mission Park”]. I knew “End of Watch” was going to be a great film and I really wanted to work on it, but the offer from “Mission Park” was a better offer. I’m not talking money-wise, I’m talking about the character. But being able to play [that last scene] and sink my teeth into it was great. I had never had an opportunity to do that up until this point. I believe it gave me an opportunity to really see what I can do [as an actor]. I’ve also said no to projects I don’t dig.  I still have to audition for everything. I have to go out there and grind it out.

Who were you cast as in “End of Watch?”

I went out for the lead villain, the main gang member. But [the role] wasn’t meant for me. I had already done that [kind of character], you know? Every character I want to play has to be memorable. If I don’t think the character is memorable, then I don’t want to do it. I want to have a real impact on the story. Those are the characters I gravitate towards.

You worked with actress Melonie Diaz in “Hamlet 2” in 2008. What did you think about her performance in “Fruitvale Station” this year?

Oh, she was solid. She did a great job. The whole cast did a great job. The one that really stood out to me was Octavia Spencer. Man, she got me teary-eyed. There was something about seeing a mama go through what she went through. She was trying to be strong and composed in that situation. I saw my mom in those scenes. That got me. I couldn’t even imagine what it would be like to be that parent. I would never want to experience that.