In the new FX drama series “The Bridge,” actress Emily Rios (TV’s “Breaking Bad”) plays Adriana Mendez, a young reporter for the El Paso Times, who is assigned to write a story on a murder believed to be committed by a serial killer working on both sides of the Texas/Mexico border. During an interview with me, Rios, 24, talked about what attracted her to a show like “The Bridge” and revealed what TV series she auditioned for that she would’ve turned down if she had been offered a role. 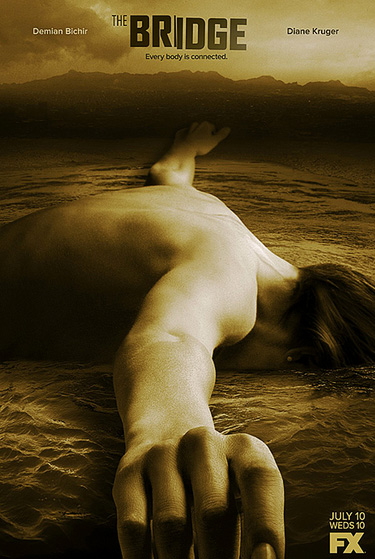 Tell me how you got involved with “The Bridge” and what attracted you to the story?

My manager also manages [actor] Ted Levine (who also stars on “The Bridge), so I think that’s how the word of mouth came along. Obviously, it was one of those highly anticipated TV shows. I remember reading the script for the pilot and thinking, “Yes, this is exactly the kind of project I want to be working on.” After “Breaking Bad,” I was like, “Oh my God, what’s going to happen next?” Luckily, it was a great project.

What was it about your character Adriana that you liked?

I like the fact that it’s not a stereotypical role. She’s Mexican, but she doesn’t have to have an accent and she doesn’t have to be working as a cleaning lady or whatnot. She is an actual character that could be played by just about anybody. She’s an educated woman that has a goal to be a writer and be her own person.

Why does a location like Texas/Mexico border make for such an interesting narrative to build a show around?

It was a great idea to get into the story about the missing women in Juarez. Who knows if it’s a serial killer [that has been killing these women] or several people, but it really captures the difficult times that are happening on the border. It’s been happening for years, but no one really wants to talk about it. It was a way to tap into that. It’s a great way to talk about the tension that is happening on the border.

The debate on immigration as well as drug issues, of course, is always controversial between conservative and liberals. Does “The Bridge” pick a side on either topic or does it try to keep the politics out of it?

It tries to be unbiased. That’s what I love about it. It lets you have your own opinion on it. There is obviously going to be [characters] involved who are going to talk politics because of the topics we’re speaking about, but the show isn’t about pushing you in one direction or the other.

When was the last time you were in Mexico? Do you think it’s a safe place to visit now?

I was there last week as a matter of fact. My grandfather passed away, so I went to his funeral in Tijuana. He was buried alongside my grandmother there. My parents actually have a home in Rosarito, Baja California. My parents gave all their children a key to the house, so if we ever want to go on vacation we’re more than welcome to go. It’s a beautiful home overlooking the ocean. Maybe five years ago before Vicente Fox got out of office there was still a big military presence on the border. There were a lot of checkpoints. But with the new president (Enrique Peña Nieto), all of that went away. You definitely feel a little safer, but at the same time you still don’t know who you can trust. But I have numerous aunts and uncles and cousins who live there, so I visit often and feel comfortable there. It’s a second home to me. 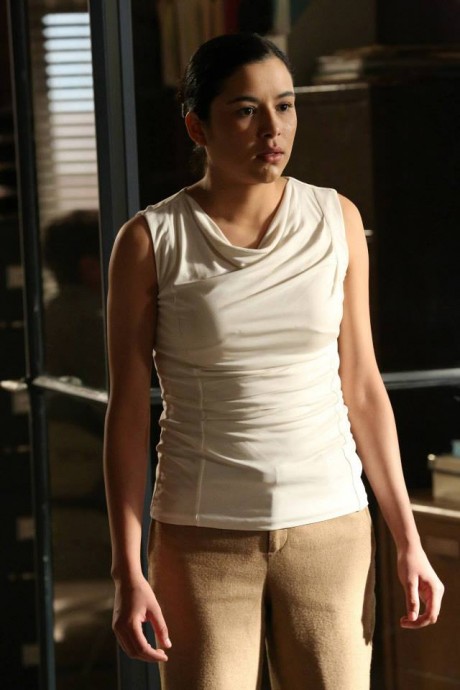 And you grew up in El Monte in California, so I’m guessing Tijuana is the closest city in Mexico to you?

Oh, no joke, yeah. I grew up in a highly Hispanic neighborhood. It was very rare to find any race other than Mexicans. I feel very comfortable around Spanish speakers and people from Mexico and people who don’t always feel comfortable living in the U.S. because they are in fear of being deported.

Now that Republicans have lost another election and seem to be realizing how much they have at stake if they don’t compromise on Hispanic issues, do you think we’re going to see some kind of immigration reform anytime soon?

Well, we’re definitely taking over. We have a large presence all over the U.S. Everybody is trying to live that American Dream. There are students who are going to school who are “illegal” who are just trying to make a better life for themselves. They do this under the radar, which is very unfortunate. I’m sure many of them would love to go back to Mexico to visit family members, but they can’t. It’s heartbreaking, but at the same time very enlightening. Shows like “The Bridge” bring discussions about immigration. People don’t have to be afraid to talk about it. This is a discussion we need to have so people can start making decisions about what to do about it.

The show is also groundbreaking in the fact that it’s on an English language TV station and is bilingual. Do you think people will be receptive to that?

You know, even growing up going to school I had teachers that were against bilingual teaching. I never understood that. My parents always had me speak Spanish first knowing I was going to speak English in school. I like the fact they’re not letting anyone take away our Spanish. “The Bridge” is keeping it 100 percent true. Even the way Demian Bichir talks to his son and also to Catalina Sandino Moreno, those are real bilingual conversations that are very common. Even with my family in Mexico, who travel to the border near San Diego, they speak English and Spanish. I like the fact they’re keeping it very genuine. I like the honestly about it.

Earlier you said one of the reasons you like your character in “The Bridge” is because she’s not a stereotypical character – she’s not a cleaning lady. So I have to ask, as a young Latina working in this industry, what do you think about a show as controversial as “Devious Maids,” which some people feel is demeaning in a lot of ways?

(Laughs) Oh, wow. I have very strong opinions about it, but I don’t want to be too blunt about it. I auditioned for the show, which wasn’t something I was jumping for joy about. You have to respect certain people like [creator] Marc Cherry and the people involved. I do love all the actresses involved. They are all amazing, phenomenal actresses. They all have amazing resumes. But personally, [a show like “Devious Maids”] is not something I would want to do. I want to steer away from the stereotypes that Latina women are categorized in. I feel like there are so many more opportunities for us. I like going out for those roles that says “open ethnicity.” Especially being Latina and knowing we come from so many different places and so many different races, I know we can fit into any role. We can play any roles we want. I played an Asian character in a movie I did with Steve Buscemi (“Pete Smalls is Dead”). Those are dream roles in a sense because they are opening the doors for other roles. Just because we have a Spanish last name doesn’t mean that we have to be categorized into certain roles. I would really love – not necessarily to boycott a show like [“Devious Maids”] – to just come together and agree that we shouldn’t be on shows like that. There a so many bright girls on that show. 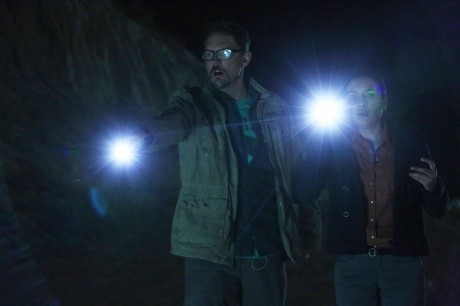 Did I hear you correctly when you said you auditioned for a role on the show?

Definitely. It was something I felt was necessary just to meet the people involved like Eva Longoria and Marc Cherry. It’s definitely something I didn’t want to do. I was the only girl that went in to audition wearing Jordan sneakers. (Laughs) Everyone else was in dresses and high heels. I just wanted to go in there and meet everyone. I do find it comical. It wasn’t something I was jumping for joy about. It’s ironic in a sense because I did it out of respect, but it was very disrespectful of me to go in to the audition in sneakers and jeans. I also felt I was the youngest girl there and felt so out of place. I didn’t feel comfortable in the room, to be honest. But we have to go in there and do our jobs.

Wait a minute. Despite your sneakers and jeans, what if you had impressed them enough to land a role?

Oh, I would’ve turned it down. But going in there with Marc Cherry in his purple shirt, he was kind of looking at me like I was crazy.

So, no 6-inch heels for this audition.

No 6-inch heels. I was surprised I even put my hair down.