In the critically-acclaimed drama “Fruitvale Station,” which tells the true story of 22-year-old Oakland resident Oscar Grant (Michael B. Jordan), actress Melonie Diaz (“Raising Victor Vargas,” “Be Kind Rewind”) plays Sophina, Oscar’s girlfriend and mother of his only child. During the film, we watch the relationship between Oscar and Sophina evolve as both try to raise their daughter Tatiana the best they can before a tragic event changes everything. During an interview with me, Diaz, 29, who is of Puerto Rican descent, talk about the experience of meeting the real Sophina before production and explained why a certain scene in the film worried her more than the others. 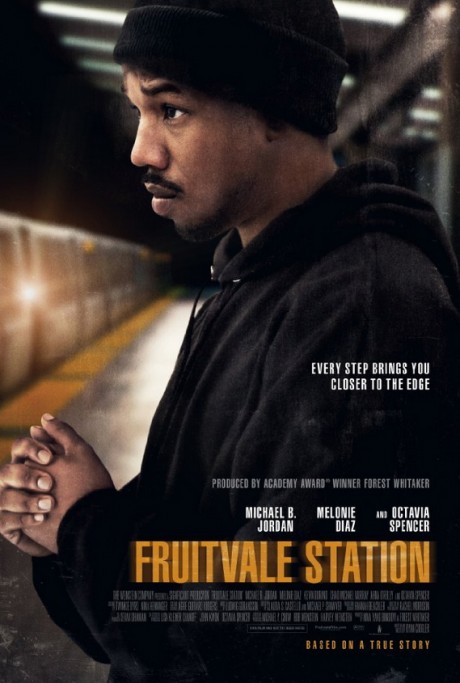 I know you met the real Sophina before production started on the film. Many times, actors who are portraying a living person don’t get that opportunity. Why did you think it was important for you to meet her and her daughter Tatiana and spend time with them?

It took [director] Ryan [Coogler] a long time to earn their trust. He dealt with the family in terms of getting to know who Oscar was. Early on, he explained to me that Sophina knew [Oscar] the best. She was the mother of his child, his girlfriend, his best friend. I think if I didn’t meet her, it would’ve been a dishonest portrayal in terms of who she is and her and Oscar’s dynamic. It was really important to Ryan and the family that we make the film as true to life as possible. I don’t think I would’ve been able to do that if I hadn’t met her. I learned so much about their relationship and who she is. She is really an impressive person. She is really an authentic person. I’m really glad I got the opportunity to sit down with her and feel out her energy.

How personal did the conversations get with Sophina? Did you get a chance to talk to about her relationship with Oscar or the night he died? Or did you keep your time with her fairly unobtrusive?

Yeah, I didn’t want to be obtrusive. She did tell me a couple of stories here and there, but I don’t think it would be polite if I shared those with you. But she definitely opened up at some point. I think she understood that our intentions with the film were not bad. We wanted to do it in the best light possible.

I read you weren’t aware of Oscar’s story until you found out the film was being made. What was going on in your mind when you clicked on that YouTube video for the first time and saw what transpired the night Oscar was killed?

I’ve only seen it once and I won’t see it again. It’s a video full of fear and anger and hate. It’s very upsetting. I wish this didn’t have to happen. But in a large way, I am thankful for that video because it’s factual proof that this happened. There’s no way around saying that this didn’t happen. I think that helps bring awareness to our society right now. That video is really disgusting. I really have nothing nice to say about it.

Although they’re completely different stories, I think the film is very timely right now because of the Treyvon Martin case and the feeling of many Americans that the judicial system is broken. Personally, did you have a take on the events that lead to Oscar’s death and the way the court handled it? Can you even take a side when you’re so close to the story now?

You know, I really don’t want to talk about that because my feelings are not positive. I think there’s a clear problem with our judicial system at the moment. As a person, I’m a little frustrated because I feel like I have no power. That leaves me a little unsteady, but at the same time I think a movie like ours shows a side to these people who are killed like that. That brings these issues to the forefront. When you come see our movie, you’re choosing to be aware and choosing to be conscious. Hopefully, that knowledge will help you raise your children to be kinder and more thoughtful and be a little less judgmental. 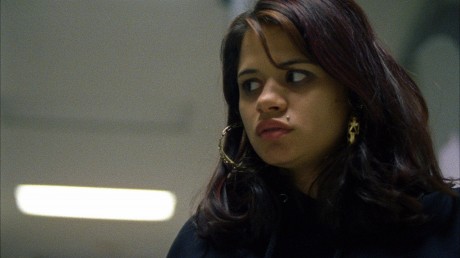 There are countless murders and deaths every year in this country. Just recently, Chicago hit 200 homicides, a number which is actually down from last year. Why do you think some cases like Oscar’s story and like Treyvon’s story get the attention they deserve while other ones are forgotten sometimes?

Hmm. I don’t have the answer to that. I think Oscar’s story is unique in a sense that it was caught on tape. There was visual proof it happened. With Treyvon, there was an audio tape of that. I wish I knew why. There’s obviously a theme with this behavior. I think [the media] tends to paint the person of color as this vicious thug way too consistently. I’m not sure why. The only thing we can do is ask questions. Why are these cases not talked about more often? Honestly, in the past couple of weeks I’ve been really confused at what is going on. There is this total confusion in me.

Talk about the scene after Sophina and Oscar are split up and she has to leave the transit station without him. As an actress, where do you pull emotion like that from? Has it just built up throughout the film and you reveal it to us at that moment or is it more than that?

It’s interesting because that portion of the film was supposed to be shot at the beginning. I was working on it and doing so much research. It takes me a while to get to those places. I can’t just turn it on as an actor. But I got really lucky because [that scene] got pushed to the end. So, there was a lot of time for my affection for [actor] Mike [Jordan] to grow. I got to know him and Ryan better and you get more attached. There was more of an understanding of this little family unit. I really don’t know what happened. I know the night before I didn’t sleep. I was nervous. There was this pent up feeling where you have to bottle it up and then when you get there you have to go full throttle. What’s interesting about that, too, was that I was also really sick. I had the worst flu of all time. I always crash during night shoots because my body can’t deal.

I read in another interview that you emailed Ryan and expressed that you were scared about that scene. What scared you about it?

Well, I think the last 20 minutes really become Sophina’s movie. The audience has to live through Sophina. We have to feel the pain and sense of loss through her. That’s something Ryan and I talked about. The stakes were really high. I knew I was responsible to make the audience and the world feel the loss of this young man.

I’ve followed you since the beginning of your career. I thought you were great in “Raising Victor Vargas.” My favorite scene in that film is when you’re playing charades and trying to get Judy Marte to guess what animal you’re pretending to be and you’re like, “I’m a baby bird.” I don’t’ know what it is about that scene, but I love it!

You know what’s so funny is that I used to do that. That wasn’t written in the script. That was just me, Melonie. I always used to joke around like that. “I’m a baby bird.” Everyone was like, “Is that a joke? You should do that in the movie.”

I think what makes that scene great is how serious you are when you say that line. It’s like, “I’m a baby bird, of course! How do you not know that!?”

Anyway, sorry to get off track. I think your performance in “Fruitvale Station” is the best of your career, honestly. What have you learned about yourself as an actress over the last 12 years you’ve been in the industry?

I’ve learned that I respond to strong directors. [“Fruitvale Station’] is by far the biggest drama I’ve ever done – like heavy, heavy drama. It’s something I’ve felt like I’ve kind of avoided for some reason. Well, I’m kind of in the middle. I don’t think I’ve learned that much. I don’t want to sound like I’m some accomplished person to be honest. I think I’m still learning and going through it.

What about the industry in general? Are the choices you’re making synonymous with how you want to be perceived as an actress?

Yes and no. I try and do other things, but sometimes they don’t really work out. Yeah, I’m not this big Hollywood mainstream actress, but who cares? I think I just have a certain sensibility for smaller projects. I like intimate things. I think I do well in that kind of environment. That doesn’t mean that I wouldn’t love to do bigger projects. I feel everyone has their own journey. This is just mine.