Herbcraft’s new album, The Astal Body Electric, is out March 5th on Woodsist.

Trippy. It seems the 60s and 70s come back to us in bursts. In the early 2000s Wolfmother and Priestess rose to fame by emulating — imitating, arguably — the style of classic groups like Led Zeppelin, Jimi Hendrix and Cream. The success of such turn-of-the-millennium bands foreshadowed the rock renewal that began around 2010 with the rise of the Black Keys’ grainy blues-rock and Australian bands such as Tame Impala or Pond, all of whom are unmistakable children of 1960s-era, guitar-driven psychedelic rock. 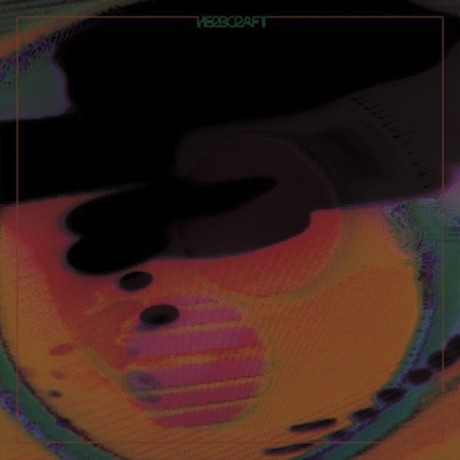 Matt Lajoie’s Herbcraft, while unmistakably influenced by the 60s, is nothing like these bands. While its albums contain the gooey, lingering wah-wah guitar prominent in Cream, Zeppelin and Pond, Herbcraft takes more from the Krautrock genre than any other of that decade; its free-forming melodies are reminiscent of groups like Can, whose music often trails off into tangents which turn into more tangents and further tangents… Lajoie’s muffled voice sings vaguely religious lines, lingering over far away drums that sound more like accidents, like the sounds of a jungle rather than those made by a percussionist. Overall, Lajoie’s music feels more like an ancient ritual than rock.

And this is true for Herbcraft’s third and newest installment The Astral Body Electric. The album opens with “Mother’s Gate (Shambala)”, which sets the stage for the rest of the ritual with Lajoie’s echoing chants coming in waves over a steady drum beat; the track conjures strong images of Buddhist monks humming in a temple full of incense smoke, exploring some fantastic, religious world in their heads — this is deliberate, of course, seeing as ‘Shambala’, in Tibetan and Indian Buddhist tradition, is a divine paradise lost somewhere in the earth. As for the rest of Astral Body Electric, you will be taken on the journey to find it. If “Mother’s Gate (Shambala)” functions as an opening,

“A Knock at the Door in Your Mind” functions as the grueling rising action. It’s like stumbling outside of a dark room and into an endless desert with purple skies. “A Knock at the Door in Your Mind” is violently euphoric, its guitars bellowing crunchy melodies that tear apart the calmness established by “Mother’s Gate”. The percussions become omnipresent: sticks beat next to a guitar, some snares out in the distance, and then even further away is an ominous bass coming closer and closer as the journey continues. “Impermanence” is a reprise from “A Knock at the Door in Your Mind”, and is the most atmospheric track on the album. Here Lajoie’s soft vocals cascade over the sound of shifting water, acoustic guitar and flute, transporting you into a dreamy oasis much like ambient CDs from the supermarket’s ‘Cultural Section’. But the album picks back up with “No Land”, a surprisingly catchy continuation of the previous song’s grueling pace. “We work so hard…” whispers Lajoie above the same scorching guitar and everywhere-drums as those on “A Knock at the Door’s”, and you can feel the fatigue of the journey washing over you as the album takes you furtherinto the journey to Shambala. And this may be The Astral Body Electric’s flaw: getting through the album is an arduous task. It is not to be swallowed like pop (or LSD) or rock — this music requires you to lay back in a dim room surrounded by the smoke of lighted incense, and lose yourself in Herbcraft’s soundscapes.

“No Land” ends and the rigor stops. “The Body Electric” and “Full Circle (Eternally)” lay you down in a much wider, deeper, cooler oasis than foreshadowed in “Impermanence”. The drums here are hardly heard over the soothing waves of guitar, resounding like an oceanic hum and seizing all of your attention. Eventually the percussion builds to an audible pace and plateaus, accompanied by a choir of ethereal singing that increases in number slowly; the whole instrumentation becomes louder, and louder until…it turns into a ring fading into the distance of the drums until there is nothing. Everything has come Full Circle — you are at peace.

The Astral Body Electric is no revolution stylistically, even for Herbcraft; the album’s exhausting journey is not unlike that of its predecessors. However, The Astral Body Electric is substantially more articulate than Lajoie’s previous attempts. The album manages to present a clear story line through dense sonic environments, its music changing to suit the rising action of its story, whereas Lajoie’s prior albums trailed off into Krautrock-esque tangents and interrupted the listener’s journey. And while the album is not revolutionary, it demonstrates Lajoie’s talent for ambient music and painting pictures of story-lands without writing them, which is a talent scarce in today’s world of catchy riffs and hooks.

Listen to “No Land” by Herbcraft: