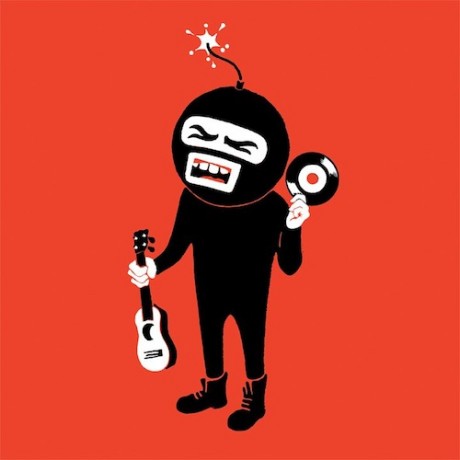 For the first time in the history of the Grammy awards, the Afro-Mexican genre of Son Jarocho was nominated AND the genre received two noms – Best Regional Mexican and Best Urban/Rock/Alternative for Los Cojolites’ Sembrando Flores and Sistema Bomb’s Electro-Jarocho, respectively-

These projects that have more than the kind of music in common.Both albums involved the creative energy of Greg Landau and Hector ‘Hec-Dog’ Perez.

We had a chance to chat with renowned composer/producer Perez in his San Francisco studio to get the story on how the Sistema Bomb project came about, and find out just what the deal is with the bomb-headed musician playing the jarana!