Despite the rather Disney á la 1930’s musical-troping title of Bomba Estéreo’s latest album, Elegancia Tropical, there’s something sinisterly poetic and absolutely Chicago about this album. You may not hear it at first, under the heavy Afro-Caribbean beat, but this album breaks it down like something superbly house. 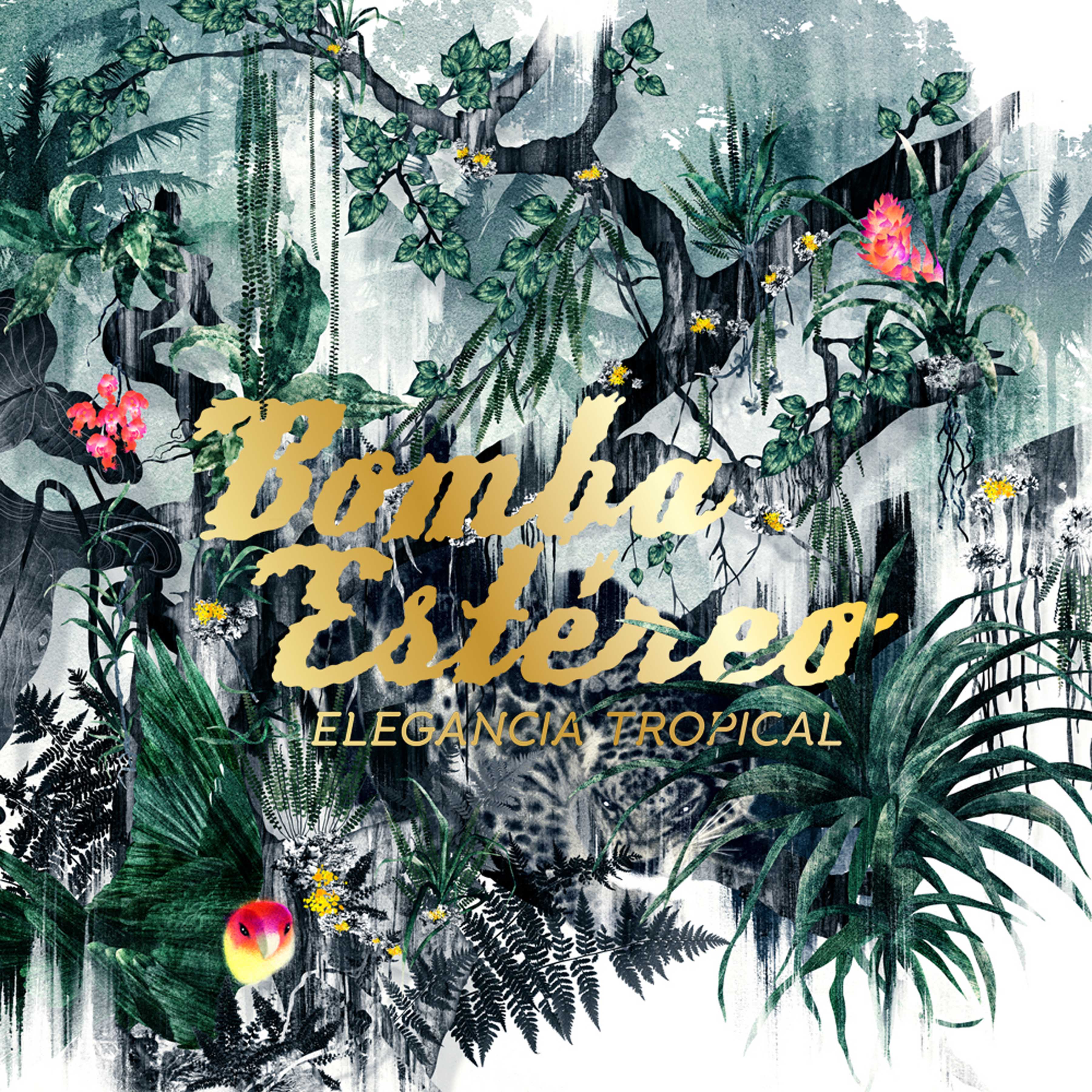 From the opening track “Bosque,” Mejía lays down a sexy, southing late night message effect. The drawn out intro notes set the tone. Saumet comes in soft, spilling poetic ecology along a river bed. The song doesn’t have to many ups or downs and rides out like a love song to mother earth. Almost as a counter to her fiery explosions on the prior releases, the opener tells it all. This is a new Bomba Estéreo, a transformed and evolved manifestation of the group. LIke some 90’s credits track for a Miami mafia thriller, you’re hooked. Then comes the pile driver, “Bailar Con Migo,” which sounds more like our old girl Lili-Bomb, revving up her vocals for that singularly, and maybe even trite Colombia-cumbia vibe. Number two is not one of my favorites on the album, but a danceable, and easy listen.

It’s as if they snuck “Bailar Con Migo” in there just to remind loyal Bomba fans that they’re still the same old energetic band, as if we might forget. But then the magic returns. “El alma y el cuerpo” confirms that Bomba wants to slow it down, reflect a little. Saumet echoes her previous reference to the bands flaming rise to fame as she sings, “Me quemo por dentro.” Maybe the catapult to success got to her? Who knows. But we appreciate her vocalization. I think this is one of the loveliest songs on the album by far. It’s cooling effect makes for a necessary balance to the group’s notoriety. Which is why the following number, “Sintiendo,” fits all the more. Saumet starts to think about herself a little more, and finds her power, her voice and her musicality like some treasure, a rare flower tucked away in the tropical brush. The heart of the album lays out as a beautiful love song, biding, and biting at the same time. Our heroin is no fool, she sings with conviction and caution. She warns the listener as much as she warns herself.

And suddenly, we’re taken to a 90’s dance floor with “Pure Love,” a simple, upbeat number that sounds a little like Sentidos Opuestos on some sort of psychotropic drug, an utterly infectious party raver. Continuing with the hard and heavy beats comes Rocas featuring Bnegao which makes for an adequate rise in the almost incomprehensibly and un-characteristically low-key feeling of the first half of the album. You could almost split this album in half its start to finish sound so distinct, yet all the while singularly Bomba. “Torcido” or “Mozo” depending on where you downloaded your album, featuring Buraka Som Sistem, sounds so casually cool it hurts. It’s as if these two groups were born on the same stage. While, “Pajaritos” and “Carribean Power” are classic in their approach and “Lo sue ten go sue decor” sounds like Saumet took a rap lesson from La Mala. “La respira” features the band on their most psychedelic experiment to date. The lazy chorals on this one kill me.

All I have to say is… they could have tried a little harder to push Saumet’s melodic tendencies past an obvious and unfortunate replicated sonic refrain of accelerated, rising and conjoined intonations. On “Caribean Power” when she repeats “tenga-tenga-tenga” it sounds like they just sampled themselves on the long lost hit, “Fuego.” Same goes for when she repeats, “y-que-no-te-deja-parar, ah.” If it wasn’t for that cyborg beat behind her, I’d have thought it was the same old track. I would have liked more of their play between 90’s dance and 70’s acid trips to balance out the tropi-power drilling repetitions throughout. But, altogether it’s a decent production, top notch and not to be missed.