Alex Cuba is no ordinary artist – he’s quite extraordinary.  A native of Artemisa, Cuba and resident of British Columbia, Alex is not only a winner of two Juno Awards and a Grammy, but he also launched and owns Caracol Records. His new album entitled Ruido en el Sistema (Static in the System) was released  on October 9 2012, and on this date he also performed at the Chicago Winery with DJ Warp (aka Brian Keigher).  He chose to celebrate the album release here because as he mentions in his interview with Gozamos, he loves Chicago! In light of his new album and show, we spoke with the talented artist about his influences, latest music industry ventures, and new crossover work.

Gozamos: You’re Cuban – why not Salsa?
Alex Cuba:  Why not Salsa? Okay, that is a very good question.  Not every Cuban has to sing Salsa, and I think it’s a good thing that a Cuban like me show another side of artistry and through this difference, show that I am in fact in complete communication with my soul and my heart. The music that you hear is what I feel.

Have you visited Cuba recently?
I was there last September, 2011.

Tell me how you came about owning your own record label, Caracol Records?
I think it all started because I belong to the new era of music independence.  When I made it to Canada and as I started to develop myself and my artistry, [the industry] was already in the tail-end of the big years of money in music.  Basically I had no choice.  If I wanted to make a statement, if I wanted to have control in my own music and be able to express myself exactly how I wanted to – the only way for me, was to create my own label, to make the home for my masters and my music.  At the beginning it was a bit frightening, but looking back now, it was the best thing I ever did.

Was it difficult for you?  How did you overcome and land on top?
It’s hard to explain; because from my side, you don’t see what others see.  What I can say is that my music has allowed me to fuse my Cuban DNA with Canadian DNA and I’ve come out on the other side with something original.  If you have an original force and an original product and you stand firmly behind it, chances are you will get to where you want to go.  If artist copy each other’s style, one may make it  – but you won’t remain.  I am isolated in Canada with very little Latin influences, and because of that I am forced to create with an original force.

Tell me a little bit about your cross-over English project. I just heard “Are You” on YouTube – great work!  But why the decision to cross-over?
Thank you! Well, I’ve lived in Canada for thirteen years now and the English language has become a big part of my life.  However, I did not want to rush into anything.  Now, if you listen closely into the song “Are You” you will see that in contrast it holds true to my Spanish originality, just in a different language.  I waited as long as I did because I wanted to feel comfortable in what I was doing and I wanted to break the mystery of how my music would sound in English.  I had to feel it transcend with the same feeling and message it has in Spanish.

I found a co-writer in New York City, Alexis Foxe. We connected through our publisher, Universal.  She’s fluent in English and Spanish and she loved my work.  She came out with “Are You”.  I loved it and instantly felt like she found me – in English. Now here I am in another dimension of what I am doing. 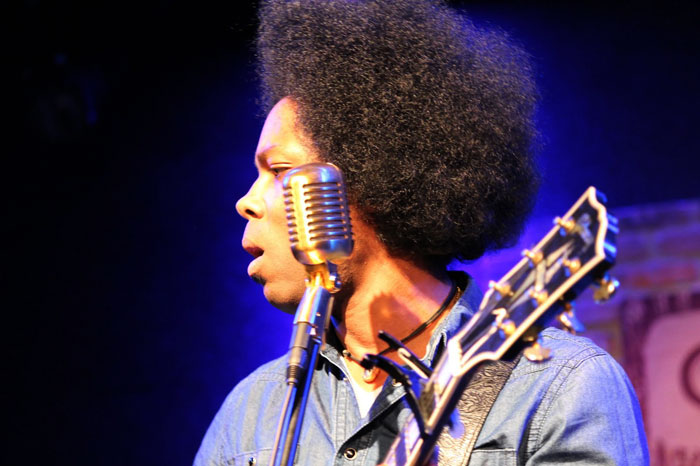 I read that your father… was or still is a guitar player. Would you say he was a musical influence?
In a big way.  He, thank God, is still with us.  He’s in Cuba, but yes he was [an influence] – in a big way.  I have a lot of his core provocations so-much-so that I can imitate him and sound just like him.  The biggest thing he did for me was to believe in me. The best gift a father can give his son.  That made me very confident up to today.

I also read that you were in collaboration with your twin brother, Adonis and as I understood it, you two parted ways but you still co-write from time-to-time, correct?
Yes… We toured together as “Puentes Brothers” that was a celebration of two twin brothers reuniting in a new country; together again although we had already parted in Cuba doing different projects for a sum amount of time.  In Cuba, I was a bass player playing jazz and my brother was singing Salsa in a completely different band.  In Canada we got together. We figured that when our voices blend together beautifully, then and only then, it works.  But it only sounds good when I play harmony to him.  Whoever didn’t know us before; they would judge this “getting together” as our parting ways.  What it really was-was two brothers getting together, [but it only] lasted for as long as it needed to last.  Our time together in Canada was very well recognized, we toured the whole country but obviously we have very different musical identities now.

Name one musical icon you looked up too, besides your father, of course.
Personally, I have a lot of variety in my music.  One song does not compare to the other.  That’s been my ticket in keeping my English speaking audiences entertained, interested, and excited.  Outside of that, I have heroes from different worlds, such as Silvio Rodriguez from Cuba, who was and I think will always be one of the greatest singers from Cuba. In him melody and lyrics come together very nicely.  He’s like the Cuban version of Bob Dylan. Sindo Garay, Francisco Repilao, María Teresa Vera…singer-song-writers from 60s and 70s, “The New Troba and The Old Troba”… In America, it started with Michael Jackson, who rocked my world the first time I saw him when he first made it to Cuban television.  When I became a Jazz player, I started listing to Panamerican Jazz.  But once I started singing, my very favorite singer was and still is Ray Charles.  I see a lot of myself in him.  To be a musician then becomes a singer? He changed music!  He had soul in his voice without being too flashy,and that’s because he sang with a huge heart.  That’s pretty much [sums up] my musical universe right there.

Tell me about your Grammy win.
After many years of hard work I felt at that moment that it had finally paid off in a way.  I felt an incredible responsibility because I knew that from that point forward there was no going back.  I felt very proud; my father was in my thoughts.  I felt lucky, inspired, and full of joy.  And the fact that I am independent made me feel that the win would serve as a good example for future generations  for artists who in the future want to do it independently.

Anything else you would like to add?
Yes, I will be performing at Chicago Winery on the release date of my next album. I chose Chicago because it is one of my favorite cities. 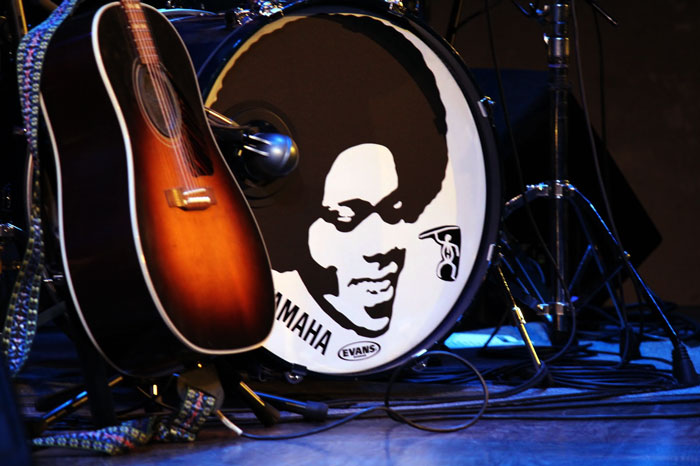 And love to Chicago he showed!  What a performance!  If you’ve ever seen the movie Goodfellas, when Henry takes Karen out on a first date where there was no waiting in line; they came in through the kitchen entrance and had a table placed for them at front/center stage. Okay, the night felt just like that.  But not just for me; for everyone in attendance.  City Winery Chicago is just that kind of place. “Anything you need, you just let me know!”  As far as Alex Cuba;  “CHA-CHO Que Vola Chiquitito” goes:  forget ‘bout it.  Romantic, upbeat, charming, and very engaging. As luck would have it, I have to transfer from my savings to my checking and that takes a few days because I had an itch to purchase his new album Ruido en el Sistema instantly on iTunes.

You know what?  He sounds better live. Talent is poured out and substantiated when performed live.  There’s no autotune, no hefty sound equipment, just artist v. mic in front of fans.  He’s truly an amazing artist. If every concert was held in such a prestigious manner with such caliber of talent as Alex’s was, I would have no money in my checking or savings…

Here’s where I had to put my camera down and pick up my glass of champagne: the song “Suspiro en Falsete”. Why? He harmonized in the company of his guitar and nothing else.  If you pay close attention to the lyrics of this song; pa’ cortarte las venas!. With phrases such as, “Los ruidos de tu boca van desde el cielo hasta el mar / Tu me amas / Me lo dice los ruidos de tu boca / Tu amor prometido como el vino en la copa.” Here’s the kicker: “Hay algo sobre natural que nos lleva al comienzo después de terminar” No, nena; Alex Cuba is a mofongo of Ray Charles, Teddy Pendergrass and Frank Sanatra.  That song sent chills up my spine.  Una armonia tremenda and the audience oooohhing on his queue. He sent a tsunami of romantecismo through the room that made couples sit a little closer to each other.