The story behind the making of “El Regreso” is almost as gripping as the actual film. Director and actor, Hernan Jimenez may just be the hottest, multi-talented, autour and all together renaissance man alive. We all know that in today’s global market, you need to be multifaceted, but Jimenez sets the bar a little above the rest. Not only did he write, direct and star in his second full length film, but he also used all the money he made from his first film, plus a pretty chunk of change he made from his, get this, stand up comedy act, to launch his second flick. Yes, Jimenez wrote and starred in his own one man show to raise funds to fuel the art form he loves best: film. Frustrated with the realities of the everyday artist, Jimenez set out to create opportunities for himself, in a world that surely doesn’t let first time go getters into the spotlight without a lot of sacrifice, strive and endless leg work. Riding on the critical success of his first film, Jimenez set out to create an even better film and succeeded exponentially.

Jimenez put Costa Rica on the cinematic map with his debut, and with “El Regreso” he hones in his voice, arduously defining, and refining what it means to be from Costa Rica, what it means to leave, come back, and make sense of the self, the family, a nation. The tension sets in immediately, from that cinematically exquisite moment where Antonio (the lead role played by the very handsome, Jimenez), just arriving home from a long expatriation in New York, walks up stairs to his father’s second story room. The questions are posed and brilliantly posited in that beautiful scene. What is Antonio walking towards? And what is Antonio walking away from?

These may seem simple questions, but like all great cinema, it’s the story, the dialogue, the rich characters, the mise-en-scene, the actors and the vision that make a movie shine. And quite honestly, Jimenez’ crew nailed it. I’m the kind of viewer that doesn’t like to know much about a film before watching it. I like to succumb completely to the perspective and vision of a director, involving myself completely with the reality of the characters. The simple role of spectator, for me is its own art form. I prefer watching films alone, isolated, and submerged in the cloak of a holistic artistic endeavor. And, as far as artistic efforts are concerned, “El Regreso,” which moved me to simultaneous tears, laughter, introspection and global inquiry, stands up as an Oscar gold candidate in my mind.

The film struck a very personal chord for me, stirring emotion and intellect alike. But, maybe I’m over sensitive, having just spent a year living in Mexico. Upon my return to Chicago I felt all the claustrophobia, culture shock, resentment, isolation and agony that Antonio felt. As a struggling writer, an expat, a son, a friend, a relative, a stranger in my own home, I processed Jimenez’ performance as a cathartic release and representation of my own, current dilemma. Do I stay or do I go? Am I here or am I there? As a self-motivated, sometimes lost and always starving artist, I can only aspire to the conundrum Jimenez propounds.

El Regreso, and all its actors coalesced a Costa Rican voice and experience, a perspective of a middle-class family dealing with loss, insecurities and identity in multiple forms. The film tackles kinship ties and friendship with a brutal honesty, a raw display of intuitive triggers that were realer than life. From scene to scene each cut rouses the viewer to question the characters’ motivations, spelling out nothing, never doling out simple or easy remedies to the melodrama of existences. “El Regreso,” congeals the realities of privilege and responsibility without galvanizing its subjects and subject matter, without reducing the actors into mimes of political critique. Hernan’s characters embody their roles. The actors dominate the world their characters live in. With a history as an actor and more importantly as a comedian, the hardest type of performance to engage, Jimenez surely brought his expert writing skills, directing skills and understanding of acting to his role, his film and more importantly to his team.

As all great cinema should, the film leaves you wanting more. With that final, brief glint of turmoil in Antonio’s eyes you know the story isn’t over, like life, the questions remain, the love and hatred for your own family, country and self, persist. In a cinematic example of native, artistic ethnography, “El Regreso” shines a light on a small community of people, in a small country, contextualizing a greater exegis on humanity as whole, “Why are there gates on all the houses? Why are all the homes like cages?” the central question clanks and slams shut as or circumstance. Those insiders, those who leave, and dare to look back in on their origins, their nation, their governments, their people, get all the flack, and bear a unique burden for wanting their homes culture to be better, holding themselves up to higher standards. But, like all social commentaries, there lies a double edge, a price for leaving, a price for questioning, and a price for imagination and necessity. 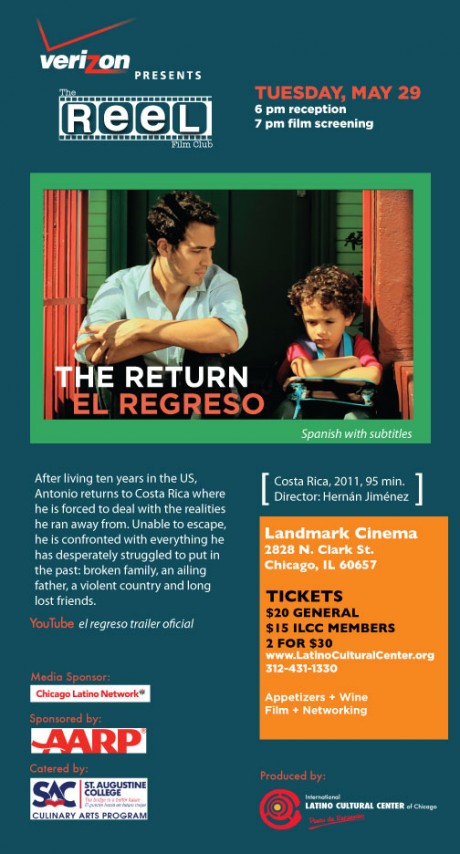