Making much ado but for a moment—the cross-section of a sandwich offers us a view of its most intimate parts. It’s the legs spread open, it’s a preview of what’s in store, it’s a cheat because that view is usually reserved for after you go to the trouble of taking a bite. No one cut the sandwich from top to bottom just to see. Cuts were made out of virtue of sharing or ease of entry into the mouth. It is a view had by many and truly appreciated by only a few…until now.

In Jon Chonko’s new book, Scanwiches, we experience—if this is even possible—a new perspective on sandwiches. While his blog by the same name features scores of sandwich scans, it lacks what the book delivers: narrative.

A BLT adorns the front cover of Scanwiches. And can you imagine, by the way, the conversation about just which sandwich would adorn the cover? Would it be the most aesthetically pleasing sandwich? Or the most ubiquitous? How about the most American?

I’ve never thought of the BLT as American. Like tic-tac-toe or noodles, I’ve always thought of it as something that’s in every other country on earth. This is no longer the case after reading Chonko’s clever analysis of something that has rarely – I’m sure – received such toil of thought. I experienced the same sensation with the opening scene of Reservoir Dogs. It made me re-listen to Born Like A Virgin with the same discerning ear reserved for a Dylan song or a Charlie Parker riff as if it’s not just something to tap your foot to but a part of a larger, ongoing argument. 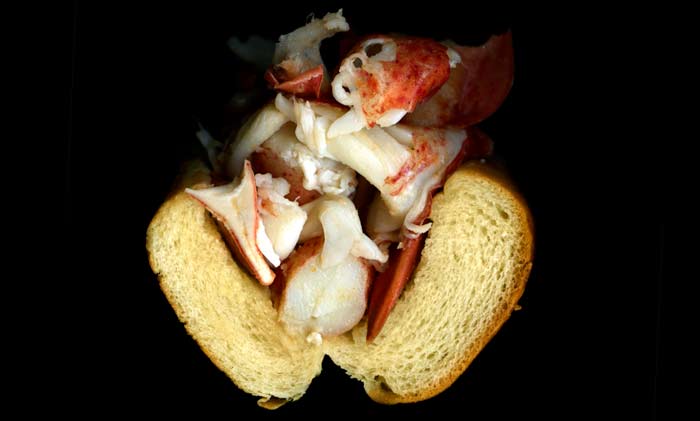 The BLT is American because it’s taken desperate ingredients that when alone, are weak and often unwanted. In larger portions, lettuce is for salads, tomatoes are for sauce and bacon? It just makes everything better. When combined, however, as if by the power of Grayskull, these ingredients transform into something rivaling all other sandwiches. Chonko reaches more nuance than what I delved into, and it’s the perfect way to begin the odyssey of sandwich analysis I never realized was so deliciously complicated.

Not all entries enjoy such analysis. The second sandwich, the Bagel and Lox – and again, this made me laugh as I imagined the process of picking the sequence of sandwiches – is not deconstructed with etymology or reflection. Instead, we get a discussion of a universal peril of all sandwiches, that just-right-ness of the bread, something that sometimes makes sense on only a deeper, intuitive level. With a bagel, when things go wrong in this regard, the bagel can be the most unforgiving of all bread products. Again, this is a great example of the best type of storytelling: commentary that resonates down to our soul because we’ve all thought about it but no one has bothered to write it down. More to the point, no one has bothered to write it down in a text with such amazing imagery.

Like the night to a star, the black backdrop of the book showcases the sandwiches. From the Chacarero with its furtive layer of green beans to even chopped liver, the cross-sections become art upon which first we gaze before we drool. This type of illustration makes of one of the most boring parts of a book – the table of contents – into a place of beauty and wonderment. Each sandwich is miniaturized and listed in order of appearance. While small, they make for a dazzling constellation of images that sparkle in their detail.

Some books are meant to teach. Some books are meant to entertain. Some books house within their spine and sleeve pages of beauty. Scanwiches is not a reference book or an exhaustive treatise on the place of sandwiches in culture. It is simply a coffee table book. It is the eye candy of literature, the beautiful lady, the bombshell, the Girl from Ipanema who ignores but presents for our viewing pleasures until we look away. One step, one page at a time.

At the same time, it is more than that. With its clever and insightful narration, Scanwiches tells us not just a story, but often the story of ourselves, no matter if we’re from America, India, Chile, Mexico or the birthplace of the sandwich, England. WWII? Think Sandwich Loaf. French occupation of Vietnam? I now think of the Bánh Mì. It’s strange and delightful to think of things through the lens of the sandwich. ‘Tis the power of Scanwiches.