In an era where cute indie bands are a dime a dozen, one might be less inclined to trust a band that comes from Williamsburg, Brooklyn —  one of a number of bellies of the just-ok, lo-fi hipster music beast. However the debut album by North Highlands offers a refreshing take on another end of the indie spectrum: one that emphasizes the album as a work of interrelated, complexly composed songs that contain complementary layers of instruments without sacrificing an upbeat tone.

Listen to Album on SoundCloud.com »

For instance, the third track, “Benefits” opens with some slow yet cheerful drums that speed up and take off into a semi-disco beat for the chorus.The opening track “Hiking” sounds like a leisurely bike ride through a field than a hike, but it definitely sounds like travel.  It dons lyrics such as, “Wasting time / wasting time / Don’t let yourself get caught up”. Much of the album seems sound, like a long blissful car ride towards somewhere where the grass is greener. Themes of warmth, longing and hope are prevalent throughout Wild One. Many of the lyrics, which were changed or improvised upon recording the album, are lovely, sweet and hopeful, often addressing an intimate “you” or exposing some inner monologue. In the song “Bruce” there is pensiveness like “Where’s my summertime?” but then in the chorus the singer divulges “When it gets warm I’ll be better to you.” 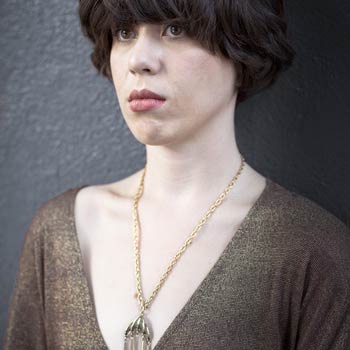 Though songs like “Steady Steady” seem to take from the wave of pseudo-surfer rock that has been blowing up the quasi-indie scene recently (e.g. Best Coast’s “Our Deal”), North Highlands takes a more refined and intricate approach to this happy sound. The fourth track on the album, “Lion Heart”, is a single-worthy song that balance repetitive elements (e.g. in the lyrics) with engaging song arrangement and instrumentals. It is demonstrative of the textured and sanguine nature of the album, which comprises guitar work by Mike Barron, multifariously distorted guitar sounds and strings by Daniel Stewart and keen percussions by Jasper Berg. Whereas songs like “Chicago” and the final track “Here’s” are subtly epic, other songs like “Best Part” are slower and seemingly simpler.

“Fre$ca” (a play off “Ke$ha”? an attempt to make the song title Google-able?) goes in yet another, muddier, direction: noise drones in the background as bells and chimes making the sound of a mildly cheerful assembly line submerged in water. “Chicago” also has a rainy, continuous feel to it, and it exemplifies an enjoyable tendency of the song composition to include guitar work that oscillates between mimicking Brenda Malvini’s jazzy yet flowery vocals and supporting the bass lines played by Andy Kasperbauer.

Wild One by North Highlands is rather coherent in its overall sound,  but as a result not every song is entirely memorable on the first listen. There are, however, many moments that really stick out, mostly in the form of catchy choruses, magnificent bridges and fetching riffs. The instrument layering — of guitars, strings, piano, synth sounds, various percussion instruments, mandolin, bass, different background vocals, etc. — as well as nontraditional song structures are quite impressive, especially for a debut album. The strong presence of intertwining melodies in multi-layered, minorly grandiose songs might make this a music that a lot of people won’t “get”  unless they put in the effort to appreciate all of the elements involved. North Highlands’ music seems like it would be accessible to fans of Arcade Fire, St. Vincent and Andrew Bird, who, though still somewhat dripping with indie nuances, have all enjoyed increasing popularity with mainstream crowds; however, if people get to know North Highlands, they should have no trouble finding their own place in the sun.