Pop music never tasted so… eggy? Jef Barbara opens up over email about his snails pace reading practices, his pop diva icons and a messy encounter with a chicken embryo. Among Haitian voodoo, mermaids, unicorns and his divorced Haitian-immigrant parents, there’s plenty of magic in Barbara’s past to fuel a plethora of passionate pop songs. Elusive identities and a French new wave flare, is Jef Barbara the man of your dreams?

Gozamos: So tell us a where your from? How do you think where you were raised has influenced your work?
Jef Barbara: I was born and raised in Montreal. It’s hard to tell how this city’s influenced my work since I’ve lived here most of my life. Bilingualism aside, I’m guessing my hometown’s mostly affected my work on subconscious levels.

Who were you raised listening to? What was on the radio growing up?
JB: I was not raised listening to very adventurous sounds. My father was into Top 40 disco. My mother was more straight-edge, sticking to non-party music. She had a 7-inch single of Lionel Richie’s Hello that she used to play all the time – one of my fondest childhood memories. She also dug French chanson: we had a Nana Mouskouri 12-inch at home that included a track called “Soleil Soleil”. It was my favorite song.

I’ve always been a pop music fiend. Before getting hooked on Paula Abdul and Janet Jackson (my main dance-pop divas of yore) I was a big Boy George fan. It was my parents who turned me onto him in the first place, which they would eventually come to regret.

Where’d you study? What did you study?
JB: I didn’t really study anything, which I believe was hard for my parents to swallow, especially for my PhD-holding father.

Who are you reading lately?
JB: I will have to further embarrass myself and admit that I hardly ever read books. My attention span is very short. I hardly ever get through two chapters. A friend recently gave me a copy of Toni Morrisson’s Tar Baby, which will most likely take forever to finish…

Favorite movies this year? Favorite flicks of all time?
JB: Hard question. I usually watch old movies. Growing up, Splash and Supergirl had huge impacts. I would say my two favorites in the course of the last few years have been 24 Hour Party People and Todd Haynes’ Superstar.

I’m curious about your background. Where are your parents from? What’s their story?
JB: My parents are from Haiti. They both moved to Canada by way of the United States. But I don’t know much of their story. My parents and I have never communicated very well. What I know for sure is that they settled in Montreal, got married, had me, and endured a bitter divorce a few years later. 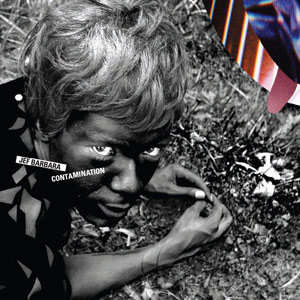 How do you identify first and foremost?
JB: Hard to say as I tend to not identify with anything in particular. I like to entertain the idea that I have no roots. But if you want me to state the facts, I am Canadian, born to Haitian immigrants. I guess that would make me Haitian-Canadian. Musically, one could say that I’m a singer, as well as a songwriter and a performance artist. And in case you haven’t noticed, homosexuality aliments a great part of my work…

What’s the one thing you wish you could do?
JB: I’ve always had a fascination with mermaids. I have fond memories of Darryl Hannah in Splash. But I also remember enjoying Homer’s Odyssey. One could also argue that mermaids make up a good part of Haitian voodoo, which is part of my cultural DNA. So to answer your question, I wish I could transform into a mermaid. Or a winged unicorn.

Any hopes for the future?
JB: To be happy and express myself freely, which I’m already achieving. I would also love to be weathly and famous but that can easily become an evil force therefore I try to not give it too much importance.

What’s the wildest thing you’ve ever seen?
JB: I can’t think of anything, but it I wish it were a UFO.

The strangest thing you’ve ever put in your mouth?
JB: A chicken egg embryo. I was in elementary school. They had us visit a farm. We got to the hen house and being the egg-fiend that I was, I started eating one until a teacher snatched it out of my hands and threw out the partially-eaten embryo. I think my mom was eventually questioned by the school principals. They were most likely going to contact Child Protection Services. They probably thought I wasn’t getting fed properly, when truth is I’m just egg-hungry all the time.

Listen to the new single “Sébastien” and “Larmes de Crocodile“ here. Egg innuendos aside, make sure you snag a copy of Jef Baraba’s Contamination out now via AMDISCS. Keep up on Jef Barbara updates on MySpace.