In part 2 of my conversation with Chicago Street Style‘s Amy Creyer, we talk about what she thinks she’ll see in the streets in 2011, why blogging is so popular, and the state of the American opinion when it comes to fashion.

“I really see a lot of individualism. I really think that [one of the things] the internet has done is make it okay to be an individivual and I think that before [blogging] people really wanted to fit in more or they had to because they didn’t see [examples] of people who were bold enough to wear something crazy. . . There wasn’t anything [out there] besides what you saw edited in fashion magazines. But those aren’t real people. Those are, you know, freaks of nature! [They’re] models who are [out of this world] gorgeous and styled by experts. The personal style blogs have made it okay for you to really develop your own style.”

Also, one doesn’t have to live in a city anymore to be exposed to that striking level of personal chic that accompanies urban life. She mentions Blue Collar Catwalk, a style blog from a small town in Pennsylvania, as an example of this phenomenon. Amy harkens back to her late 80s early 90s childhood in Greenwich Village, when it was almost completely necessary to live in similar circumstances and now the fact that anyone in any part of the world can join in the collective is quite astonishing.

Her favorite mode of transportation: Public, of course. “I’m a huge fan of public transit. Not only because it’s green and it’s good for the environment but also because I don’t like to drive; I hate driving. I don’t like to pay for cabs. I would hope someday to be at the point where I have a car service, but until then. . . ” she jokes.

In fact, one of the reasons she was drawn to Chicago was the grid and the “urban industrialized [look] that really attract[ed] me.” 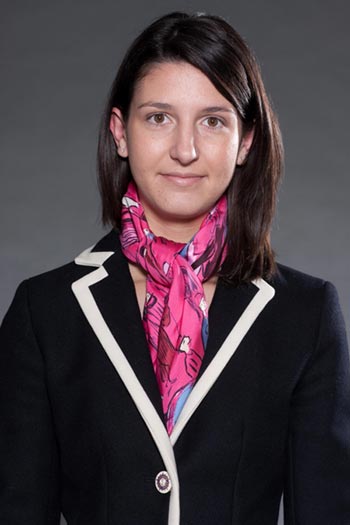 I also wondered about what type of camera she used and she confirmed it was an Olympus PEN E-PL1 with a 17mm lense. Continuing with the tech portion of our walk, I asked her about photoshopping and how much editing enhances or takes away from a photograph. She feels as though it can become a bit of a rough pill to swallow. “I mean, that’s a huge issue[.] It didn’t look right and it doesn’t look right. It’s not attractive. I think, like I said, [what people] are so drawn to is the realism. Rumi Neely is a real person. She’s not a celebrity. She’s a real human being and I think that that’s really attractive to people and there’s a reaction against what you see in the magazines. You see all these gaunt, emaciated models. A model just died in France and two sisters, [who were models], died in Brazil of anorexia. This is an industry whose distorted perceptions of the way a female’s body should be is really destructive. It’s not only destructive within society it’s destructive to the models themselves.

There is indeed a benefit when it comes to these types of blogs because, as she points out, you can see yourself actually wearing an outfit or being in a situation or backdrop that these subjects are photographed in. No matter how serendipitous it might be Amy says, “Fashion creates a fantasy but I think that at the same time, it needs to be brought down. It needs to be more realistic.”

That’s also why Amy prefers to do a street style blog as opposed to a personal style blog. “They’re awesome, they’re great but it’s always the same person. [With street style blogs] it’s always something different and you never know who you’re going to see on the blog next. You never know what outfit you’re going to see on the website [or] where they’re going to be. I’ve had people tell me they love my website because they’ve moved away from Chicago and they love to see the backgrounds. They love to see the city. You know, the city is a character. It’s a part of my website, it’s a part of fashion because it’s the environment in which these people live.”

She talks of living in Lincoln Park and spending her time “getting intimately acquainted with the city.” She mentions Wicker Park and the Magnificent Mile, although the latter is a very frustrating spot for her because of the fact that those potential subjects are “spaced out” amongst a sea of tourists.  “I try to show different ethnicities, different sexes, different ages. I want everybody to have a face. I want everyone to see themselves on my website because you see everybody out on the street, so I think it’s important to communicate that.”

Amy’s hardest season to find her style muses is winter, “because they’re dressing for the weather, they’re not dressing for style. There’s just a different mentality.” However, function over style is not “mutually exclusive”

She hugs her fluffy white coat. “This coat is a sustainable coat; an animal was not killed to make my coat. It’s super warm! And it’s super cool! You don‘t have to wear a puffy coat. I have a North Face puffy coat and it‘s much colder than this coat is.”

“The mainstream has shifted away from the idea that even in the winter you want to look gentlemanly, you want to look ladylike. Part of that is a result of skiing becoming more mainstream during the boom years of the 90s and 00s. People became more richer and the average consumer had access to way more capital through the use of credit cards and home equity loans.”

We begin to delve deeper into the economy and the current American culture that embraces more of the soon-to-be-obsolete technologies than investment clothes.

“It’s far more acceptable to go out and buy a $600 toy than it is to buy a $600 pair of boots that are going to last you the rest of your life. I think it’s a priority thing. Europeans prioritize their style more and Americans have an infatuation with technology and gadgetry and it’s a cultural thing. People here tend to not want to seem pretentious, especially in Chicago. There’s a reaction that, ugh, if you’re fashionable [that] you’re really full of yourself and it goes back to Midwestern farm culture. You don’t want to be obnoxious. It’s a very humble culture. People don’t understand why you would want to wear shiny purple shoes because it draws attention to yourself which I think is great and fabulous. I think that mainstream american culture [inhibits] that expression, at least visually.”

While it is true that many people scoff at the idea of fashion playing any major part of their life outside of just function’s sake, there are people like Amy Creyer (and myself) who cannot function if style doesn’t play a major part in our lives because it is what we live that life in. Say it with me, Amy: