You Still Have Time/Not If You Were The Last One On Earth opens tonight, January 21st and runs through the weekend.

Sound like contradicting ideas, and that’s what makes this show work. The Milk Factory presents the art of Uriel Correa and Anna Timmerman with two very important, existentially terrific themes. Brave the cold, and head up to Logan Square this weekend to take in the perpetual perplexities that make up this unique show.

International superstar in the making, Uriel Correa sat down for a little Q&A with Gozamos this week. Here’s what he has to say on art, life and inspiration:

How did you hook up with The Milk Factory/How Long have they been doing their thing?
The Milk Factory found me through a mutual friend who recommended my work to them. The Milk Factory has been an artist living and work space for over 10 years. It has hosted many different kinds of performances and collaborations. Recently, with the help of friends, The Milk Factorians (including Dara Benno, Jeff Prokash, Juliet Tarantino, and Heather Benno) have begun to utilize the space for monthly exhibitions and are really excited at the level of participation of artists in and around the community.

What is the name of this particular show/Where did it come from?
The title of the show is You Still Have Time/Not If You Were The Last One On Earth. After looking at both artists’ work and considering the titles each one has chosen for their individual pieces, we came across Uriel’s You Still Have Time, and Anna’s Not If You Were The Last One On Earth. Each title being so strong and completely opposite, together, make the perfect show title presenting these artists’ amazing pieces. (via the Milk Factory) 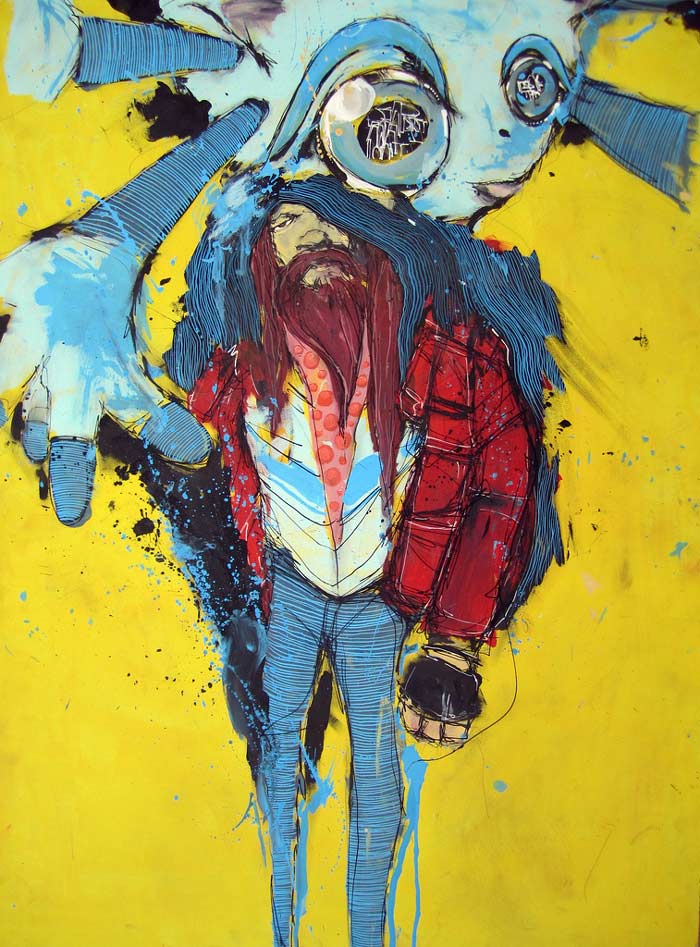 Who or what inspires you?
I’m deeply inspired by people who create worlds within worlds and have the ability to take one out of this world for even a split second. Jim Carroll and Georges Battaille’s writing inspires me. Afrika Bambaataa and Sun Ra amaze me. The flow of cities amazes me too, the modern mixed with the historic combined with the gritty. I feel like every street tells a story.

Take our readers through your process for creating…
The creating process usually begins on my commutes. I study the characteristics and features of the people around me and translate their shapes into inanimate objects like reel to reels and TV sets.

When generating I set my hands loose (alcohol or caffeine helps) to create lines until they begin to form the figures and shapes in mind. Colors eventually find their way in, but the heavy blackening’s what brings my pieces to life. My eye sight’s pretty much shot, so sharp contrast is pleasing to me.

What is your favorite thing about Chicago?
Chicago’s definitely a place everyone will at one point in their lives pass through. It’s also easily one of the most forgiving cities to settle in, but don’t let that stop you from seeing the rest of the world! 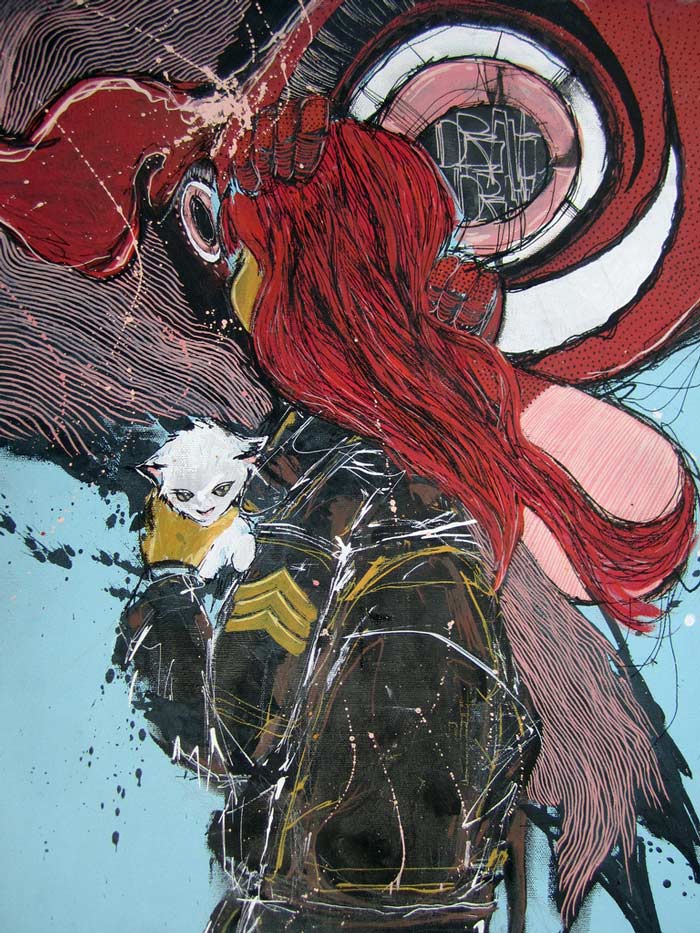 We’ve talked before about your experiences living in Argentina. Do you care to compare and contrast for our readers the arts in Argentina vs. the arts in Chicago or the US?
It’s hard to say. I’ve always been an outsider in the Chicago art world and was only briefly exposed to Argentina’s. What I admired about Argentine art, or South American art in general, was that it held no quarter. I’d see the beauty yet cringe at the excessiveness which really got my blood flowing. I felt like a choir boy in some of the spaces I went to, yet it didn’t seem like the art was generated for shock value.

What I really admired about Buenos Aires was the collectives of young people making the most of everything. They really get immersed into what inspires them, and it definitely shows.

Chicago has its major art fests, walks and weeks. But outside of that, there isn’t too much of a media outlet for it, that or I’m completely missing it which could very well be the case. I definitely appreciate and feel blessed to live in a city that draws a lot of creative energy; but I feel like DIY collectives and spaces here are hard to come by, short lived, or used for throwing parties. I definitely admire Lumpen and all that they bring to the city.

What is your favorite color and why?
Color are only unique among each other. I don’t have a favorite.

If you could be any animal, what animal would you be and why?
Haha, a jive turkey, I don’t know…

What do you hope visitors to your show take with them when they leave?
Like my inspirations, I hope to take my visitors into another world for just a few moments. Like a Wesley Willis joyride.

If you were, in fact, the last person on earth, what three people would you pick to hang out with and why?
Shel Silverstein for the stories, Kate Bush for the performances and Seu George to cover Bowie songs. 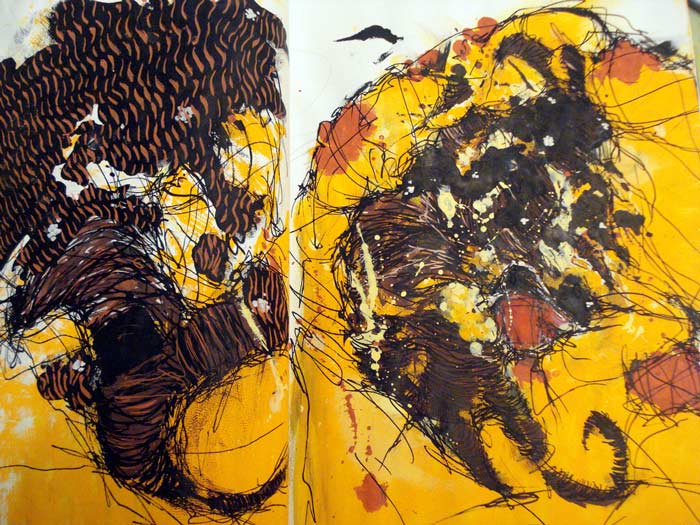 6 thoughts on “Artist Profile: A Sea of Time with Uriel Correa”