Boundaries are good and walls prove even better if only those walls are of the Robert Frost “Mending Wall” variety. “Something there is that doesn’t love a wall,” goes the poet. On Saturday, I ventured out into the wilds of Logan Square to do some heavy thinking about walls that may or may not exist between art and business.

Billed as The Milwaukee Avenue Art Walk, storefronts along two blocks of N. Milwaukee Avenue featuring art by Logan Square artists as well as art about Logan Square itself were supposed to bring me to the threshold of such Frostian ruminations. Alas, I was as good as “Waiting for Godot.” There was no art until I realized that the negative space of art-vacant storefronts started to look eerily familiar. 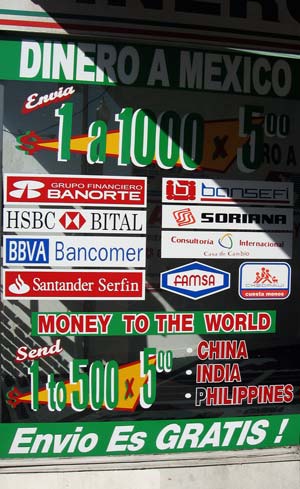 One of my favorite movies is Dead Poet’s Society. In it, English teacher John Keating (played by Robin Williams) breaks all the rules to teach his young students poetry. While one of the more famous scenes involves Mr. Keating evoking the spirits of former students whispering from the grave that hopefully familiar command carpe diem, another scene came to mind as I found myself staring at a McDonald’s as if for the first time.

As sacred as turning the page of a hymnal, the scene involves Mr. Keating instructing the students to turn the pages of their poetry textbook. The pages were the ones responsible for defining and determining what exactly is poetry. By the time I arrived at 2600 N. Milwaukee Ave. on Saturday, I was very ready to experience the storefront art. I reviewed my Art Fundamentals textbook, thought long and hard about consumerism and marketing, and made sure I had extra batteries for my camera and an extra pen for notes and sketches. Storefront after storefront, I peered in looking for art. I think I even scared away some innocent people trying to shop, but I was on a mission. But again and again, there was no art. Both sides of the street for three blocks on either side, I scoured. Was I not seeing the art? Was I not looking hard enough?

By the time I got to the golden arches surrounded by a perfume of delicious grease and secret ingredients, my eyes were strained and burning after looking so intensely and closely at the storefronts. Looking up for some respite, the golden hues of the fast food eatery looked more beautiful than I had ever remembered. All of the sudden, I was filled with a strange type of repulsion that comes not so much from gazing upon a McDonald’s with the same adoration one would save for something more similar to looking at the Mona Lisa but because of something darker although not as embarrassing.

Keating had his students turn their pages to the definition of poetry only to rip those pages out. A dusty old textbook written by some dusty old man cannot tell you what is poetry to you, he argued. The act became, then, an act of rebellion and nonconformity. It was a great moment in the movie, but the darker side of that scene in which I was basking in its dark arch-shaped greasy shadow, was the idea of solipsism. Said in a different way, I was slipping into the abyss of everything-as-art. I was losing my bearings. My walls were crumbling, the boundaries between art and something like golden arches or busy storefronts evoked in me an inappropriate attention and adoration. No matter how good it smells, no matter the quality of the golden hues, McDonald’s arches are not art, at least not the kind I had in mind. Not able to trust myself any longer, I thought I’d give myself a break and take some photos allowing me room and time to recalibrate.

It was in this space created by the camera, however, that I stumbled upon my discerning place. Negative and positive space, color, texture, line, form, content – all the usual suspects materialized. These places for window shopping were framed icons of something that gave me pause, that made me think. Not lost on me was the original intent of the art walk, to bring a necessary attention to the crisis of those storefronts gone quiet, empty of anything to sell besides their enormous, sad space.

On my way back home, I was distracted by three framed paintings resting against a wall on the other side of acid-etched glass care of some gang activity plaguing this newly emerging art district. Noticing my camera work and curious loitering, artist Zachary Brown let me into the only storefront I ventured into that day.

Although months away from a formal opening, Odyssey Gallery will eventually become a multifaceted gallery offering everything from graphic design to finer art: painting, sculptural, and so on,” Zachary explained. With Halloween approaching, Odyssey Gallery might even open its doors for some face painting as they’re located across the street from the Logan Movie Theater and therefore, in a prime location for heavy foot traffic. “Monsters, Day of the Dead”—Zach added before I interrupted him with my offering of “scabs” as a possible face paint pattern that might be in high demand. Zachary smiled and agreed. Scabs.

I left that little unfinished gallery deep in thought. If the website advertising The Milwaukee Art Walk had been updated, I wouldn’t have had such an arduous, amazing, accidental experience. Unfortunately, this isn’t something I can recreate for anyone else. My words and photos, on the other hand, might at least give you pause the next time you look at a storefront and think, “Art!” or face painting and think, “Scabs!” I hope it’s the former. Carpe Diem! Carpe Diem, indeed…