Somewhere between the hipsters of Wrigleyville and the hip-hopsters of Uptown two friends met at Bar on Buena. The library up the street and the liquor store on the corner gave sharp contrast to the view depending what side of the table you sat. But while the city hummed, and the bums bummed in the distance, the bells of some not too distant church chimed eight o’clock.

She calls to him you know, my friend Christian. His Lolita’s song echoes to him like the chime of the bells at la hora de las ocho. He can’t escape and even if he wanted to. He hears her calling to him, reminding him of the path he yearns to take to her door and beyond.

And this time won’t be any different. The song and dance of a million of interactions that fail after their time and burn out well before you’d expect. And with each passing year her song grows louder beckoning him to the point madness, fever, and sweaty exasperation. She’s come again and that’s why we were at Bar on Buena. Well that and the beer.

Buena beer selection is bueno muchacho, if you’re ready to put down your Modello and pick something you may not be able to pronounce. As for me any port in the storm will do for beer but I do know that bourbon is relatively the same wherever you order it. Christian is a little different and prefers to drink dark, but I’m not mad at him. What I am mad at is the six dollars I’m paying for my drink when the bottle is only twenty next door. But that wasn’t a concern because he was picking up the tab and we were taking the train home.

“So I think I’m making some headway with Veronica” Christian starts. 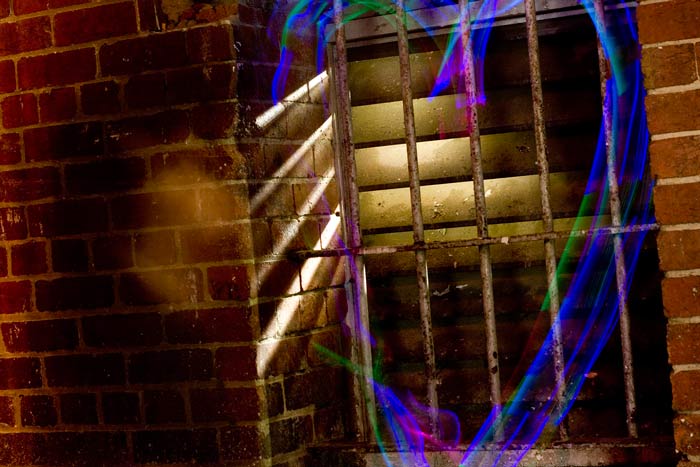 Christian had a brief relationship with her riddled with the uncertainty the rudderless life of most twenty something’s before twenty-five have to offer, and as most of them do, it went the way of the dodo. But after a few years of sporadic phone calls and a rekindling of a friendship that begged to be let beyond it’s bounds, Lolita’s song crooned to him once again.

“We’re both in much different places then we were when we dated. I’ve grown and so has she.” He mused.
I, on the other hand, was on my third whiskey and my mind started playing the melody of all the old nay-say’s I know and love. Like, “so what if you’ve grown, cats and dogs mature to fight like cats and dogs” and “a shitty tune can still make a shitty re-mix”. All ideas best kept to myself, because once she sings her song Christian becomes deaf to everything else.

“I’ve always been attracted to her and girls like her, but at least I know her so I know what I’m getting into”
Oh, Lolita, your song, your call, your silent whisper keeps me in your embrace. The sweet caress and taste of your love leaves it’s mark long after you’ve disappeared, forever after you’ve faded into that place in my mind.

I’m in love with you and every incarnation you take. A face that I’ve stared into for the first time a million times and a kiss as sweet as the first time I tasted it. I long for you. I thirst for you.

Bourbon sits heavy, swimming in my head. Nothing in this conversation ever goes anywhere. It’s just Christian going round and round the idea that Lolita’s song will lull him down his proper path. Ignoring the problems that will later prove to stand like centuries in the way of that imagined existence that echo’s like sounds of a nighttime game of hide-and-seek  just after dusk on any warm summer night. That vision that is just barley beyond his grasp yet calls to him, it’s breath moving the short hairs on his neck. That dream that lingers for a second after you open your eyes to the new day.

I’ve become comfortable in the wood booth that sits across from the huge window left open letting the night air cool the bar while the faint smell of cigarette smoke makes my veins weep for the satisfaction of that first drag. Christian doesn’t smoke so I excuse myself and go outside where the night air is a little cooler.

The street outside is quiet as I lean against a black iron gate next to the bar. Two lovers, arm-in-arm walk past the library taking a left at the light going somewhere I’ll never know they went. Their story is one I will never know and I’ll never be able to tell. I still think that it’s funny how the bustle of the city that keeps you up most nights when you’re not used to it is missed when you try to sleep in the burbs. Like Lolita’s song never leaving you, long after you’ve licked your wounds and think you’ve moved on.

They’re all things that let us know there is life just outside of our bedroom window. Millions of songs that call to countless people in the night as you lay awake just a few paces from sleep.

We decided to call it a night and jumped on the red line from Sheridan headed towards the loop and parted ways at Monroe. He headed toward Ogilvie and I sauntered into the night, the loop still buzzing from the electricity generated by the windy city.

The night’s silence is only broken by the clatter of a passing train on the L tracks and Lolita’s song.
She sings to me, she is out there. She is someone or someone like her. She calls to me. She is out there. I just don’t know where.