“I wanted to build a bridge between Sinaloa and the Balkans with my music” declares Líber Terán about “Tambora Sound System”, his recent sophomore release. This CD follows 2008´s  “Gitano Western”, his solo debut after fifteen years of highly successful involvement as vocalist and founder of Mexico City´s roquero ska collective, “Los de Abajo”. With that ensemble, Terán toured the world round and recorded five CDs, two of them under David Byrne´s Luaka Bop label.

But in 2007,  says Terán, it was time to move in a different direction, and he embarked on a musical path heading north. That´s where much of his family was from –  the states of Durango and Sinaloa, and even Eagle Pass, Texas. Musical instinct and personal history lured him to the rhythms of el Norte,  he says, to its “colossal, epic music, made for colossal, epic landscapes”. Called the land of scorpions, it´s an area of austere beauty and grandeur that has both the desert and the Sierra Madre mountain ranges. Musically, its people happily incorporated the accordion that the German immigrants brought with them (in the south-of-the -border musical alter ego of Tex-Mex and Tejano music) as well as European military band music, which bred the horn-ridden hepped-up genre of banda. And similarly to other Mexican folk forms, the northern genres evidence a particular fondness for speeding up European dance rhythms,such as the polka and the waltz. 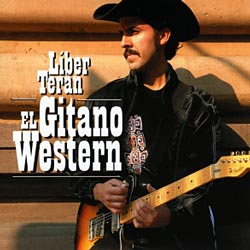 As an accomplished singer-songwriter, Terán explains that he also wanted to explore the corrido, the traditional format of Mexican folk song. This rural musical language plays with humor, irony, and tragedy, and suited his work well. Many corridos, he added, are border tales, which dovetailed with one of his primary sources of inspiration: the beloved musician, composer, radio host, comedian and actor Lalo Gonzalez who dominated much of Mexican radio and TV in the 20th century. Known as “El Piporro”, Gonzalez was famous for ironic and humorous compositions exploring border and immigration themes.

But how did Terán get from Northern Mexico to the Eastern Europe, I wondered, to that ebullient mash-up of banda and the Balkans that emerges in “Tambora Sound System”? It started when touring with “Los de Abajo”,  he answers. That brought him in contact with sounds from the Mediterranean, and  he became particularly enamoured of the instruments of Eastern Europe, Turkey and Greece. It seemed to him a natural fit to develop a Balkan-banda fusion, given the affinities in both genres for large groups of lively horn-players. In fact, when Terán performs at the World Music Festival in Chicago, he´ll be with seven other musicians, including tuba, trumpet and accordion-players.

Having explained that connection, I was only left with the interrogative as to his equally unusual name. “No, I´m not an Iranian immigrant”, he laughs. Though many, many generations back, he notes, the “h” in Tehran was surely dropped , so his last name  witnesses a bit of that part of the world in his family. But those facts are lost  to history,  Terán muses, although it is somehow all a part of the musical DNA of that wild, wild western Mexican that he now explores, expressed in the immigrant tales of those who wander by choice, chance, destiny or economics.