You might begin to question what is so innovative about this trend and the truth is, nothing. You’ve seen these colors before and you know the look. There exists a rule when it comes to the fashion economic parallel: when stocks are up, so go hemlines and when they’re down, well you could just infer. But in a recession, it doesn’t have to be all drab and long fashion. In fact, in these certainly hotter times, it’s dangerous to drape yourself in swathes of fabric, just to atone for the sins of Wall Street. In fact, the best way to revere these less-than-recent economic turn of events is to mute in color and not so much in shape. The only way of doing this throughout the summer is to subscribe to  those old tan and beige standbys, much more favored by late ’80s yuppies than early ’10s hipster youth. To understand what it means to live through an economic downturn, we need not look too far. Sure The Great Depression paved the way for what fashion in the modern age looked like when in times of national and financial struggle but the quality of life is much greater now than it was then. More recent flops in the market gave us some of the best looks. These decades tend to give us inventively frugal looks and dip into earth tone inks that remind us that people, not money, are the salt of the earth. However, we forget all about that once another bubble begins to inflate, only to burst again. 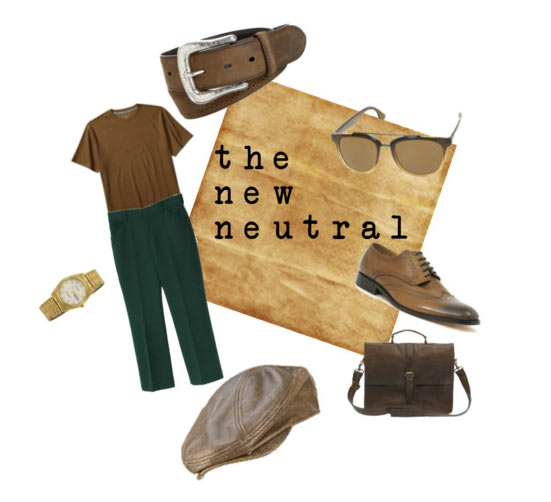 The 1970s were ravaged by the industrialized world’s poorest economic performance since The Great Depression. Yet, that swinging decade provided us with some of the most chic and enduring looks of the century. If you look closely at reruns of old ’70s sitcoms or stock footage of people dancing in discos, you’ll notice time and time again the color brown and its close relatives abound. There was also an ethnic trend that focused on Asian tendencies and one could argue that this came about by the heavily export reliant economic development of many East Asian countries which provided somewhat of a boom. One could also argue that westernized fascination with the Asian world could date back to the Japonisme influence on art which is a term that first appeared in 1872 by Jules Claretie, which is eerily tantamount to the phenomenon behind revivals. This recession lasted only but three years (1973-1975), but it’s affects were lasting, and before long, another downturn began.

The world was introduced to the 1980s with an outright, albeit brief, recession. However, after a minuscule period of growth, an even deeper run in the stocking of America ripped through beginning July 1981 and ending in November 1982. The brunette of the decade prior had remained but something else came up from an earlier period of recession. Shoulder pads began to spring up and they became a focal point during this time. From 1930 up until the end of WWII, shoulder pads were very prevalent for both men and women. At times, they were sky high and this resurfaced in the early ’80s because of an old sense of camaraderie or perhaps it was an issue of confidence (it was the Reagan years, after all). People had to be looking over their shoulder so maybe it provided a cushion for their chin. In any case, this time also heralded the reinvention of the flannel and the big, teased up hair we so associate with the ’80s. I’m sure this look also came as some sort of diversion to the tough times faced then. 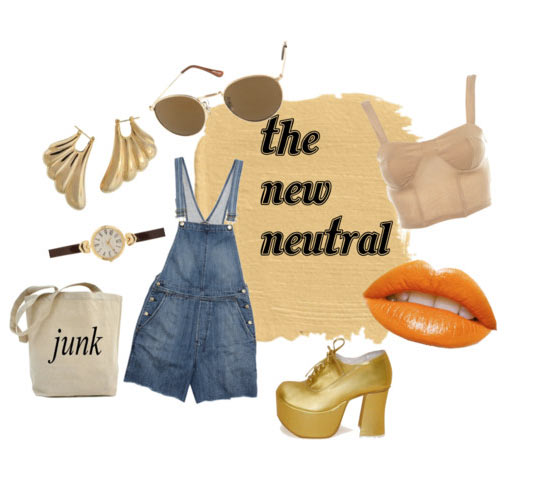 The ’80s did bounce back only to come crashing down in October 1987, which marked the first year of what would become known as the Early ’90s recession. Even though Black Monday didn’t last as long as the current mess we’re in, how curious it should have fallen exactly twenty years before ours. This period came with the same bold colors and prints that abounded throughout the decade prior, however it also began an anti-fashion movement that was extraordinarily deliberate. The ripped and/or acid wash jean was a testament to the deconstruction (more like destruction) look that dominated the rest of the decade. This was arguably one of the first Globalized decades and, in that, the American recession might have only lasted from 1990-1991 but the rest of the world had waves of good and bad.

After an amazing period of growth throughout the ’90s, in 2000 there was the infamous dot-com bust. Having only lasted a year, it didn’t really mind that much of a fashion reaction but did continue to favor the minimalist looks of the late ’90s. In the aptly named Great Recession, beginning in December 2007, we’ve sort of trailed a bit slow when it came to amending the style choices we made to accurately define our time. Perhaps we thought it was going to get better. It hasn’t. The difference remains that the quality of life is greater this time around and we’ve been here before. There is a need for conservatism and restraint but that doesn’t mean one has to abandon style. On the contrary, as we have seen before, it is a time to distract and redefine who we are and what we wear.

Until next time, don’t be a stranger but do be stranger.