Rafael Vargas is a 33-year-old civil rights and consumer protection lawyer running for alderman in Chicago’s 43rd ward. Here’s why you should care:

The 43rd ward is one of the most important areas of the country. It encompasses Lincoln Park, the Old Town neighborhood, and parts of the Gold Coast. Traditionally, a Hispanic politician wouldn’t think of running in the area since it reached its current levels of gentrification in the late 1980s, but Vargas sees this as a great opportunity for change. And, he already has $150,000 to start his campaign.

According to Vargas, this election is an important step for the idea of “post-racial politics,” or the idea that minority candidates can be successful in an area that where voters more interested in policies than race. The 43rd ward isn’t an area usually expected to have representation from a Hispanic politician, but that’s why Vargas believes that his success in the election would set a new standard for a city still wrought with segregation.

Gozamos met with Rafael Vargas after he announced his candidacy for the alderman of the 43rd ward on July 22 in Lincoln Park. 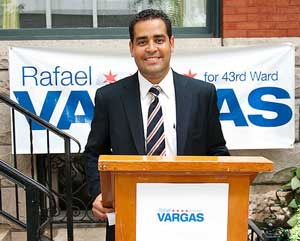 Can you tell us a little bit about the 43rd ward?
It’s pretty diverse in many respects. We have DePaul University and we have the parks, so people spend a lot of time here even if they don’t live here.

How did you get involved in this race? Are you from here originally?
Well, I was born and raised in Philadelphia. That’s where I met my wife, who’s a Chicago native, so she abducted me and brought me here, where I’ve been for about nine or ten years.

Did you always want to be a civil rights lawyer?
I used to be in the restaurant industry, actually. I used to manage four and five star restaurants in New York and Philadelphia, but at the time I knew it was a temporary thing because I knew I wanted to go to law school. Really, as long as I can remember, I wanted to be an advocate for communities and people who couldn’t necessarily litigate for themselves. When I came here, I used to organize day laborers while I finished school. But, it was apparent to me that as much as I advocated, it was difficult to hold these workers’ employers accountable without that threat of litigation.

What areas did you find yourself working in?
I litigate all-throughout Illinois. So we did litigation in Rockford and Champaign. We also represented basically every minority rider in the entire Cook County area in a lawsuit against the state and Metra for the discriminatory funding of transportation within the region. Our cases are class-wide, so we don’t have individual clients in a pocket. Some of my clients come all the way from the south side of Chicago in the 10th ward, Pilsen, Back of the Yards, but as far north and as far west as you can think. There’s not one particular area that we litigate from.

You already sound like a very busy guy. So, why run for alderman?
Like I said, I never though of doing anything other than advocating for people. So, it was a natural fit for me when I looked around the ward. My wife and I have been here for several years now, and when you see what’s happening with the city and what’s happening in the ward, you say, “Hey, we need some sort of change. We need someone who’s actually going to lead us a little more pro-actively.” When you see that sort of shortcoming in respect to leadership, the question is, “Who’s going to step up to that plate?” So I said, “Why not me?” I saw there was a need and that there wasn’t really anyone else on the horizon that I could say I wanted representing me. My wife and I sat down with an exploratory committee and decided that it was the best thing to do.

How did you end up here in the 43rd ward?
Well, I actually got my bachelor’s degree at DePaul University in political science. . .  We lived in this area before when my wife was doing her residency here and we always loved it.  We’ve lived in a couple different areas of the city as young people looking for apartments. When we thought about where we wanted to raise a family, Lincoln Park was really on the top of our list.

How do you think your work as a civil rights lawyer will apply if you win this election?
Well, I think it applies in several ways. One of your roles in city counsel is to be a ward for a whole city, and we have significant issues with respect to equity in education, how we are using and allocating our tax dollars, and how we think about crime. You know, from beyond just the ward perspective, I think there’s a lot of application in terms of what I do as a civil rights lawyer. The most important thing I do is engaging communities.  I work with communities and with public entities or with private companies to forge dialog so we can really get beyond some of the old stigmas, whether it be discrimination or whether it be some sort of consumer or environmental concern. So I work really closely trying to create real coalitions and I think that’s going to apply to the ward certainty.

Do you think there’s a large opportunity for these coalitions in the ward?
Yes. When you look at the ward, you see a highly educated ward and you see a fairly wealthy ward. Then, you see that the ward has actually one of the highest numbers of registered voters of all wards in the city, but there’s still a sense of disengagement. . . I think that’s because there ‘s a lack of coalitions. There’s a lack of communication amongst the various interests. So what I really want to do is focus on working with the various stake builders and forging those relationships.

What do you think is your biggest challenge going forward in this campaign?
I think the biggest challenge in any campaign is time, in two ways. We have eight months to form a movement. And, in order to do that, I need other people’s time. But we’re committed to do the work at the grassroots level. You know, knocking on those doors, shaking people’s hands, and looking in their eyes and asking them for their vote. So we feel that even within that limitation, we can accomplish what we want to accomplish. I’m not doing this just to get my name out there and see what sticks. We’re committed to seeing this through February and winning this election. So time, like everyone else says, is going to be the biggest obstacle and that’s why we got in this race so early. That’s why we’re having this conversation in July. Two days ago, we filed our initial disclosure with $150,000 to show that we can start our campaign at full-speed. As of tomorrow, we’ll be knocking on doors and we’ll be engaging voters. So we’re going to take every bit of that time and take advantage of it.

Are you going to win?
We wouldn’t be doing this is we weren’t convinced we were going to win. 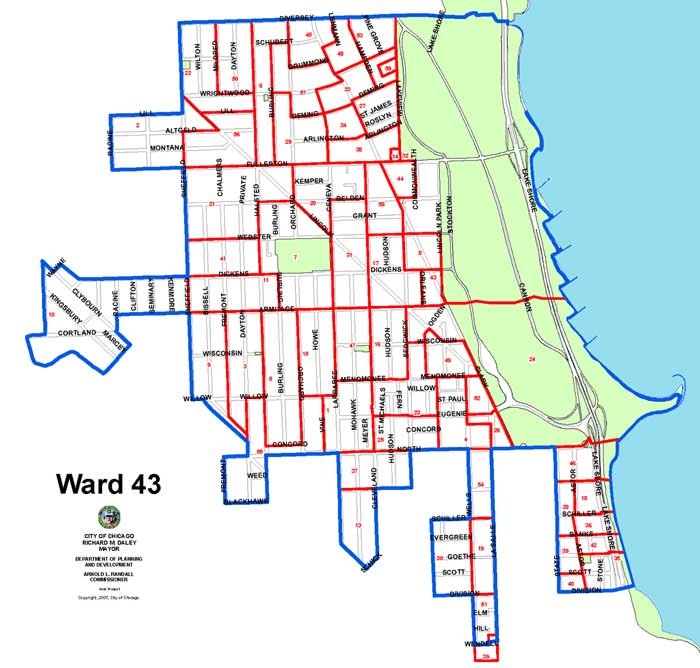 One thought on “Rafael Vargas, A New Face in Post-Racial Politics?”