Translation statics are so depressing. Only three percent of books published in the United States are works in translation. Fiction and poetry account for less than one percent of translated works. But don’t worry, Gozamos has you covered on the who’s who in Brazilian literature with plenty of links to where you can find these author’s works. 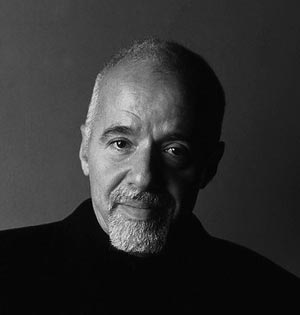 Paulo Coelho
If you have read “The Alchemist” then you have something in common with Madonna and Bill Clinton. While Coelho may be snubbed by Brazilian intellectuals, he is loved by the rest of the world. You can find his books almost anywhere from here to South Africa. Nobody understands what makes Coehlo a worldwide sensation, but then again, doesn’t that add to his mystique? His books are light, spiritual reads and perfect for a relaxing afternoon.

Ignácio de Loyola Brandāo
Brandāo’s name is directly linked with Brazilian dictatorship politics of the ’70’s. His book Zero caught public attention after it was banned due to government censorship. Many have credited Brandāo for helping to reopen the Brazilian democratic process and address political issues shoved underneath the table. Years later, Brandāo is still admired for his brave and inventive writing. One of his more recent books, Anonymous Celebrity, is a hilarious novel about a self-absorbed actor desperate to become famous. Without a doubt, this book is a top summer read.

Milton Hatoum
Like the United States, Brazil has immigrants from all over the world. Milton Hatoum’s parents immigrated to Brazil from Lebanon. Hatoum’s writing tends to look at Brazil through the eyes of the immigrant. For this reason, he is considered one of the new emerging voices of Brazil. Impressively, all three of his books have been translated into English: A Tale of a Certain Orient, The Brothers and The Ashes of the Amazon (Click here to read an excerpt from Ashes of the Amazon).

Paulo Lins
While you may not recognize the name Paulo Lins, you have probably heard of the movie City of God. The movie was adapted from Lin’s novel. His book deals with the violence he lived through in the slums of Rio de Janeiro. This book is not for the weak hearted.

José Eduardo Agualusa
Okay, José Eduardo Agualusa was not born in Brazil, but in Angola. Still, Agualusa has worked in Brazil as a writer and journalist, and is considered one of the most important Portuguese contemporary writers. His books, mostly historical fiction, have earned him respect all over the world. He has been translated into over 20 different languages, and he’s a best seller in Angola, Brazil and parts of Europe. So far his books Rainy Season, My Father’s Wives, The Book of Chameleons, and Creole have been translated into English. To sample some of Agulusa’s work, click here to read If Nothing Else Helps, Read Clarice, a flash fiction piece, or here to read his short story A Practical Guide to Levitation.

A special thanks to University of Chicago Professor Alfredo Cesar Melo for speaking with Gozamos about Brazilian literature.

Do you have a favorite Brazilian author we haven’t mentioned? Let us know in the comments section….

2 thoughts on “Notes from a Bibliophile: Brazilian Lit in Translation”