It seems fitting, really, since the prefix of the very words “suburb” and “suburban” is “sub” — meaning below or beneath. There was urban, and then along came suburban. The big cities across America set the trends of today, while the rest of Middle America plays catch-up at a slow pace. So this brings up pairs of questions that may contradict and complement each other simultaneously:

For Chicago and its nearest suburbs (Oak Park, Cicero, Oak Lawn, Berwyn, Elmwood Park, Maywood, even Forest Park), the distinctions may be hard to make, since their populations intertwine with hippies and hipsters, graffiti writers, taggers, artists, musicians and poets. The population cannot be defined by the above questions, but people rarely take the time to understand an individual based on more than simply where they’re from in the world. They are, coincidentally, too busy trying to be understood themselves. In this series, the goal is to open minds by going deeper into the areas of Chicago to appreciate what makes us so special.

For me, my parents’ divorce (and consequent joint custody) at a young age became a blessing in disguise as my mom moved my two sisters and me to Berwyn, while my dad remained in Lincoln Square on the North Side. He would move around from apartment to apartment, allowing us to experience different neighborhoods on a personal level from Rogers Park to Logan Square, Irving Park to North Center, all the while keeping our base with Mom in Berwyn, which actually allowed complete accessibility to the city via Metra, Pace and the good ol’ CTA (don’t tell her I used to go to the city regularly, since I was like, 10 and 11 years old…in addition to visits with Dad). The point here is that it is indeed possible to enjoy the bountiful feasts of the city as well as the more modest pleasures of the suburbs without one having to put down the other. Why must someone be forced to choose sides anyways? After all, variety is the spice of life, right?

Now for some samplings from both: can you distinguish which is from the city and which is from a neighboring suburb? Take a look at the following photos:

Does it matter? Do you feel confident in these answers? Would it make a difference if you were wrong or right?

Ultimately, the goal here is to get people thinking about origins and get people to realize that it does not, in fact, matter where one is from, rather it matters where they are going, what type of character one has become, what type of energy one emits on a daily basis. This dissertation sets out to pay homage to classic philosophies, while creating our own along the way….one that acknowledges Aesop’s original theme in “The Country Mouse and the Town Mouse” and expands on it, one that takes the concept of Dickens’ “Oliver Twist” adaptation to a more contemporary level, and one that debunks the very myth that humans can be pigeonholed as easily as they can be praised for individuality.

From where did humans come, and how did we start to distinguish the ideals of a city dweller vs. those of a country resident? Well, farmers in the country are sometimes completely self-sufficient, while the cities’ populations depend on the productivity of the aforementioned farmers/country folk. The following photos sum up the process: 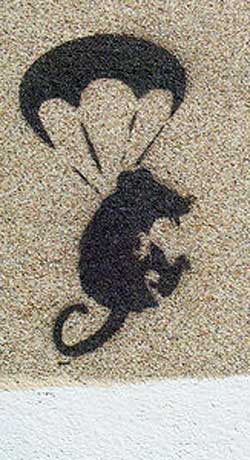 In addition to the origins of certain humans, another distinguishing factor becomes language, and to take it a step furthur, slang, dialect and accents of certain regions. Why do people from the country talk differently than their city counterparts? Some would say it’s the pace of everyday life that leads to speech, but who knows for sure? More so, where did languages come from and who decided that specific words meant something or another? Asking these questions not only helps us understand differences between city mice and country mice, but they give a glimpse into the big picture — the rat race, if you will.

If you’ve read Aesop’s fable, if you’ve been to any of the Chicago suburbs mentioned in this rambling, if you’ve lived in Chicago your entire life, if you’ve ever wondered why we don’t understand each other better (or at least try to), if you’re familiar with Dickens’ novel, if you wonder how we come to talk the way we do and develop our own neighborhood languages, drop a comment, and let’s open the dialogue, let’s have some fun. Maybe we can change the world…together.